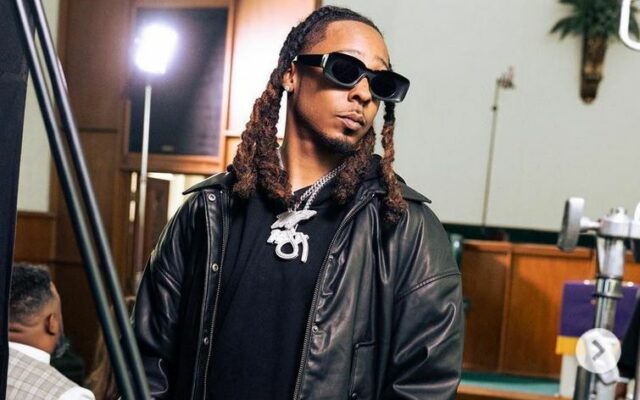 Reach Records award-winning artist, 1K Phew, has released his third single and video from his upcoming album, As I Am, to be released Fall 2022. 1K Phew’s refined rawness and genuine directness resonates with people who know God but feel trapped in the streets. His previously released songs, “The Offering,” and “Church House Trap House,” speaks directly to and for them. He latest single, “Safe” ft Jai’ Len Josey, is an introspective thank you letter to God for keeping him safe from a near death experience.

Although he grew up in the church with two praying parents, who loved and encouraged him, 1K Phew still found himself going down a destructive path as a teen. “It wasn’t until I almost got shot one day that I decided to truly surrender my life to God and His plan. Every time I tried to do things my way, it didn’t work out for me. That incident was a turning point for me. It had to be God that day because I was so close to losing my life. I automatically just started thanking God for sparing my life. Coming that close to being killed was the wakeup call I needed. From that day onward, I was different. I committed to a personal relationship with God over being religious. I’m so thankful that God kept me safe.”

Feeling redeemed and renewed, he’s focused on a greater purpose which includes creating music that the holy and the hood can feel and relate to. The song’s lyrics are transparent. “I ain’t tryna be another one on that list, gone too soon. Cause I just gotta make it back to my kids I got a few. Tryna pay my dues, have something to lose. Cause they always heard my neighborhood on the news. And I’m living proof, but I got nothing to prove. And I brought my brothers might as well save them too.”

“I just want to share my life through this music. My message is faith, hope and encouraging people to be their authentic self in Christ. The story I’m telling is how I overcame my obstacles,” shares 1K Phew. “You can’t force anybody to follow your way, but you can keep it 1000, let your light shine and watch them come to you.”