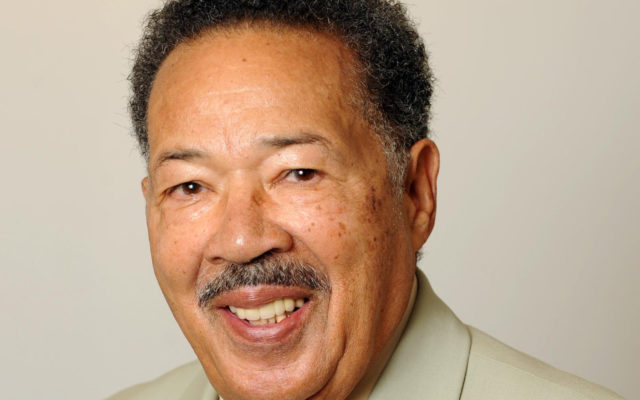 Dr. C.O. Simpkins, Sr., was a dentist, civic leader, and hero in the Civil Rights movement in the United States. Beginning in the 1950s, Dr. Simpkins focused on injustices facing people of color, with an emphasis on securing voting rights. To that end, he was founder of the United Christian Conference on Registration and Voting which helped him to support his efforts. He was also a founding member of the Southern Christian Leadership Conference, serving with Dr. Martin Luther King, Jr.

Following high school, the young C.O. attended Wiley College in Marshall, Texas, and Tennessee State University, where he received his undergraduate degrees. He later enrolled at Meharry Medical College School of Dentistry in Nashville where he earned a Doctorate of Dental Surgery degree.

C.O. joined the U.S. Air Force, serving as a captain at Sampson Air Force Base in upstate New York. He was honorably discharged in 1951 and returned to Louisiana to practice dentistry in Shreveport.

When not practicing dentistry, Dr. Simpkins used his free time to address the injustices faced by Black Americans, concentrating on voting rights.

Dr. Simpkins participated in civil rights activities and was closely associated with the Reverend Dr. Martin Luther King, Jr. He invited Dr. King to visit Shreveport to draw attention to the cause. This and his other activities created hostility and harassment from many elected officials, law enforcement and racist organizations.

His home was firebombed as was his office, and Dr. Simpkins was prominently featured on a death list created by local racist organizations. Fearing for the safety of his family and neighbors and unable to secure insurance for his home and dental practice, he made a difficult decision to leave Shreveport, settling in New York.

After 26 years of self-imposed exile in New York and with a feeling of hope for the future, Dr. Simpkins returned to Shreveport. Shortly afterwards, he ran for mayor, winning the primary but losing the run-off in a very tight race. Undeterred, he subsequently campaigned for a seat in the Louisiana House of Representatives, representing District 4 from 1992 to 1996. During his term he introduced important legislation and was known for his ability to work with colleagues across the aisle.

He continues to meet with groups of high school students across Caddo Parish, impressing upon them the need for community activism and expanding their awareness of local history against the backdrop of the struggle for civil rights in America.

Dr. Simpkins retired from dentistry in 2011. He continues to be a strong community advocate, generously giving of his time and his resources. For example, he and his wife donated land for a community clinic to address health in an underserved neighborhood, and that donation was the stimulus for additional clinics to support healthcare in other underserved neighborhoods. He also speaks to students to educate new generations about the history of the turbulent Civil Rights movement.