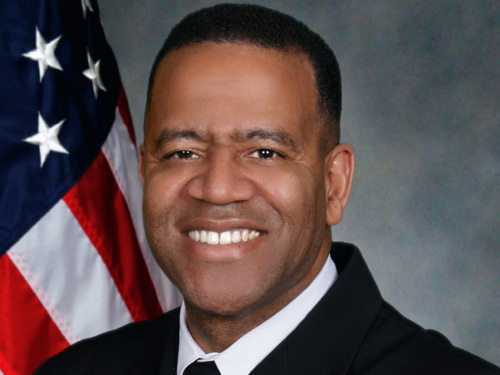 Kelvin J. Cochran born and raised in Shreveport, LA.  As a little boy, watching Shreveport firefighters put out a fire across the street from where he lived; he dreamed that one day he would be a firefighter. Cochran became a firefighter with the Shreveport Fire Department in 1981.

Kelvin made national headlines when he was suspended for 30 days without pay in late November 2014 over a self-published book he had written called, Who Told You That You Were Naked? in which Cochran deals with a Biblical view of marriage and briefly mentions homosexuality. In January, after returning from the suspension, Cochran was informed that he would have to resign or be terminated.

Kelvin is a member of the Elizabeth Baptist Church in Atlanta, Georgia where he serves as a deacon and teacher/facilitator.  He has a passion for men’s ministry and leadership development. Kelvin has been married to Carolyn Marshall for more than thirty years.