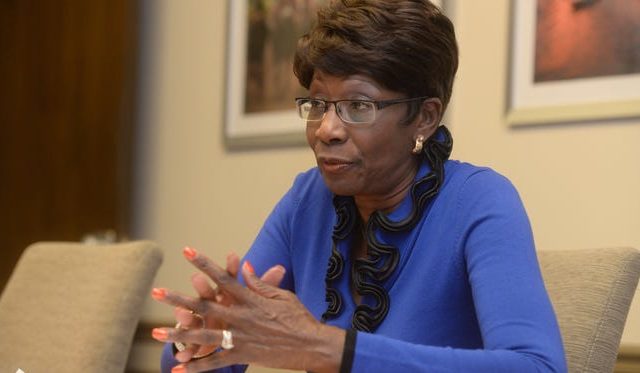 Ollie S. Tyler is the seventh of nine children of Leroy and Ida Haley Spearman. She was born in Blanchard, northwest of Shreveport, and reared on a dairy farm. As a girl, she picked cotton, ironed, and cleaned a residence to earn her lunch money. Tyler graduated as valedictorian from Herndon High School and earned a National Merit Scholarship to the Grambling State University in Grambling, Louisiana. After attending GSU, she received a Bachelor of Science degree. She taught at Youree Drive Middle School for twenty-three years until she was appointed as the school’s first African-American and woman principal. She obtained a Master of Education degree from Louisiana State University in Baton Rouge. She completed forty-two graduate hours through Southern University at Shreveport, Louisiana State University at Shreveport, and Northwestern State University in Natchitoches.

In 1994, the Caddo Parish School Board named Tyler Director of Middle Schools. She was subsequently elevated to Deputy Superintendent. In 2000, Tyler became deputy superintendent/chief academic officer for the New Orleans city public schools, where she served three years. In 2003, she returned to the Caddo Parish School Board in Shreveport and was appointed interim superintendent of Caddo Parish. In 2004, she was a member of the education transition team for the incoming governor of Louisiana, Kathleen Blanco. In 2007, she was named “Louisiana Superintendent of the Year.” Tyler is also a former interim Louisiana state education superintendent, having served in that capacity from May 2011 to January 2012. On December 6, 2014, Tyler was declared mayor of Shreveport. Tyler is included among the “Ten Most Influential Women in Northwest Louisiana.”

This recognition is being sponsored by Yolanda’s Tax Service, located at 4646 Hilary Huckaby III in Shreveport. Call 318-834-0020 for more information.