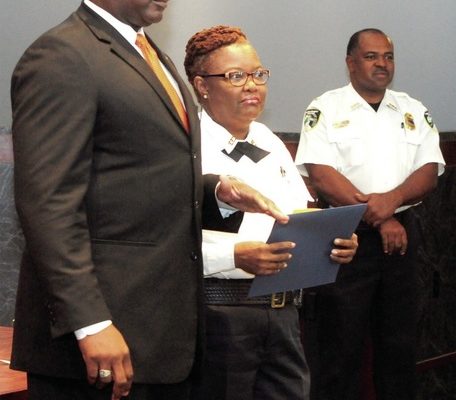 Following more than 30 years with the department, she led the Investigations Division which encompassed vice, homicides and burglaries, just to name a few.

She gained the admiration and respect of her colleagues as well citizens in the community. She credited her journey to her faith and relationship with God, “God was always first,” she said.