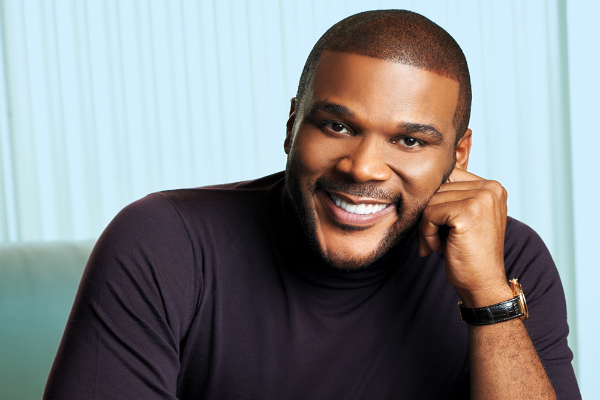 AARP The Magazine sat down with bestselling author and award-winning actor and producer Tyler Perry (whose new project ‘A Jazzman’s Blues’ premieres on Netflix late 2022) to discuss his rise to billionaire status and becoming one of the entertainment industry’s most influential and inspiring leaders. Perry goes back to the start, exploring his abusive childhood and those who helped him find his passion as well as determination. He shares about the challenges that led to him living out of his car before he was finally able to catch a break, and the community he built around him from friends following the same dream. A well-known philanthropist, Perry discusses the creation of The Tyler Perry Foundation (for which he was awarded an honorary 2023 AARP Purpose Prize Award) that offers money to help people overcome the obstacles that he, too, once faced.

The following are excerpts from ATM‘s August/ September 2022 cover story featuring Tyler Perry. The issue is available in homes starting in August and online now at www.aarp.org/magazine/.

On his childhood in Louisiana:
“I have some survivor’s guilt about that, because there are a lot of people I went to school with who did not make it, who ended up in prison, who ended up murdered, especially during the time of the crack cocaine infusion into America. I credit my getting out to my mother, my aunts, my grandmother—all these incredible women who prayed and taught me things and believed in me. Had I not had their examples and their straight-up backbone—their insistence that I make something of myself—I don’t know where I’d be.”

On hitting rock bottom:
“I spent all my money to put this play up, and it didn’t work. After that, I tried again—many, many times—to produce the play. I would get different jobs between those times, but I’d quit to work on the play, and I ended up homeless. For three months, I lived in a Geo Metro that I was hiding from the repo man.”

On Oprah Winfrey, and the teamwork that led to community success:
“I brought scripted material to the network with the crime-drama series The Haves and the Have Nots. It ran for eight seasons and is still the highest-rated show that was ever on the channel. For Oprah and me, it was important to show Black people that you can work together, that powers can come together and be successful.”

On his production company’s purpose:
“Thousands of people come through the gate every day to work here. And it’s a beautiful thing. A lot of them are former prisoners who wouldn’t have had this shot.”

On the importance of his studio location
“The land itself was once a Confederate Army base, which meant there were people here fighting to keep my ancestors enslaved. From the moment I walked onto the property, I was haunted by it. So, as we built each of the 12 soundstages, we buried Bibles underneath them, as a way of refocusing the spirit of the place. I wanted this to be a place where everyone was welcome.”

On casting Cicely Tyson:
“This woman had done so many amazing things, but she wasn’t well compensated for it. She made $6,000 for Sounder, you know? I wanted to make sure she knew that there were people who valued her. So, she did one day of work on my 2007 film Why Did I Get Married? I paid her a million dollars. I loved working with her. And it makes me feel great that I was in a position to give this incredible woman some security in her latter years.”

On creating The Perry Foundation:
“When you’ve been given a lot, you have to do a lot. And the need is great. I’ve tried to align myself with people who have the same sensibility when it comes to helping others.”