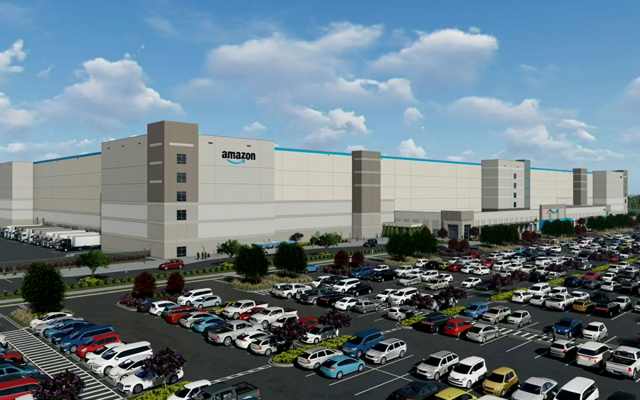 SHREVEPORT, La.  – Amazon, the world’s largest online retailer, is investing $200 million to build its first robotic fulfillment center in Louisiana with a facility in Shreveport that is expected to bring thousands of new jobs to the region.

“This new Amazon project is a major advancement for the Shreveport-Bossier City metro area and for Louisiana’s economy,” said Gov. John Bel Edwards, who was in Shreveport for the announcement Friday. “In addition to providing strong benefits, Amazon will pay workers double the minimum wage or more in a state-of-the-art technology environment.”

The Amazon fulfillment center is coming to the Hunter Industrial Park on Corporate Drive near the Caddo Correctional Center in North Shreveport and will include contemporary robotics technology, inventory, and shipping operations in a multi-level building with a 650,000-square-foot foundation.

It will be the largest of seven Amazon facilities operating, announced or under construction in Louisiana. Employees here will pick, pack and ship smaller customer orders, such as books, toys, electronics and other household items.

One of every five U.S. residents lives within a 500-mile radius of Shreveport, according to a release from the governor’s office, making the location enviable for distribution and logistics companies.

“Amazon may be a global business, but it’s made up of small businesses and communities. From the local jobs we bring, to the local people we employ, train, and upskill – our business is made up of people from communities like Shreveport,” Amazon Regional Director of Operations William Hicks said.

“This new Amazon project is a major advancement for the Shreveport-Bossier City metro area and for Louisiana’s economy,” Gov. Edwards said. “In addition to providing strong benefits, Amazon will pay workers double the minimum wage or more in a state-of-the-art technology environment. “We’re thrilled to be able to expand our operations in Northwest Louisiana and we look forward to becoming part of the fabric of the local community.”

Amazon will begin construction of its Shreveport fulfillment center immediately, with plans to open the site in September 2022 in time for its busiest e-commerce season. In addition to sorting facility employees, the company will be hiring for positions in human resources, operations management, safety, security, finance, and IT.

“The project will create over 1,000 full-time jobs with starting pay of $15 per hour and comprehensive benefits beginning on day one — full medical, vision and dental insurance; and 401(k) savings with a 50 percent company match,” according to a release from the governor’s office. “The development will generate 800 construction jobs, and Louisiana Economic Development estimates the project will result in an additional 1,118 new indirect jobs, for a total of more than 2,100 permanent new jobs in Northwest Louisiana.”

The hiring of most employees for Amazon’s Shreveport fulfillment center will begin in the summer of 2022, about three months before the launch of the facility. To keep up-to-date with career opportunities at Amazon in Shreveport, visit https://opportunities.ledfaststart.com/AmazonShreveport.

“I’ve been telling everyone that 2021 is going to be a revitalization year for the city of Shreveport and this is just a start for the recovering efforts for our city,” Shreveport Mayor Adrian Perkins said following the announcement.

It will be the second Amazon fulfillment center to open in Louisiana after the company announced plans to open one in South Louisiana in December 2020. Construction on that facility was expected to be complete by the end of 2021.

The distribution facility in Shreveport will be the first tenant of the 135-acre Hunter Industrial Park, which was certified by Louisiana Economic Development in February 2020. Site plans for a distribution facility at that location that include a 3.4 million square foot sorting facility were approved by the Shreveport Caddo Parish Metropolitan Planning Commission in March.

The company’s committed investment in the state to date is more than $600 million and includes seven Whole Foods Market locations.