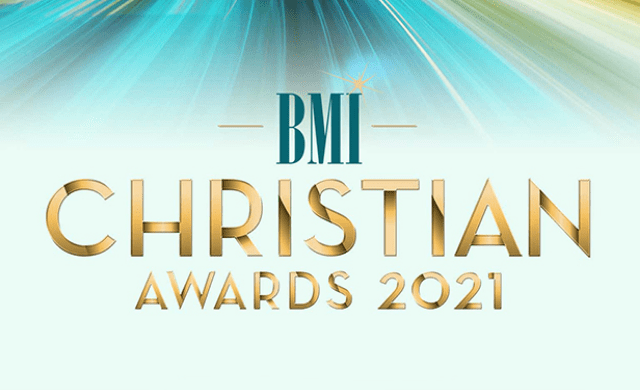 (Nashville, TN)– BMI (Broadcast Music, Inc.) paid tribute to the best and brightest in Christian music with its annual Christian Awards celebration. The honorees were announced today on BMI.com and across the organization’s digital platforms, celebrating the encouraging and uplifting music of BMI’s Christian songwriters. To honor these achievements, BMI created a page on its website where fans can watch special video messages and performances, listen to award-winning music, and more. To view this exclusive content and hear the story behind some of this year’s uplifting songs, please visit bmi.com/christian2021.

“The BMI Christian Awards is one of our favorite annual celebrations, but it is especially meaningful after the events of the last year. Throughout this time, each and every one of these extraordinary songwriters has used their gift to uplift others,” says Leslie Roberts, AVP, Creative, BMI Nashville. “BMI is so proud to honor the creators of the inspirational songs of hope and faith that bring comfort to so many around the world. I am hopeful that we will all be together again to celebrate in person next year.”

The Song of the Year title went to “Way Maker,” written by Sinach and published by Capitol CMG Publishing. In 2020, the hit won the Dove Award for Song of the Year, making Sinach the first Nigerian Christian artist to win the award. The song has been covered by numerous artists including Christian rock band Leeland as well as the iconic Michael W. Smith. The Leeland and Smith versions of the song entered the Billboard Hot Christian Chart in the top ten, marking the first time in history that two versions of the same song resided together in the top of the chart.

Capitol CMG took home the Publisher of the Year award. The company had the highest percentage of copyright ownership among the year’s most-performed songs, including the hits “Believer,” “Burn the Ships,” “Dead Man Walking,” “God’s Not Done With You,” “Holy Water,” “Let It Rain (Is There Anybody),” “See a Victory,” “Stand In Your Love,” “The Blessing,” “The Father’s House,” “Way Maker,” and “You Are Loved.”