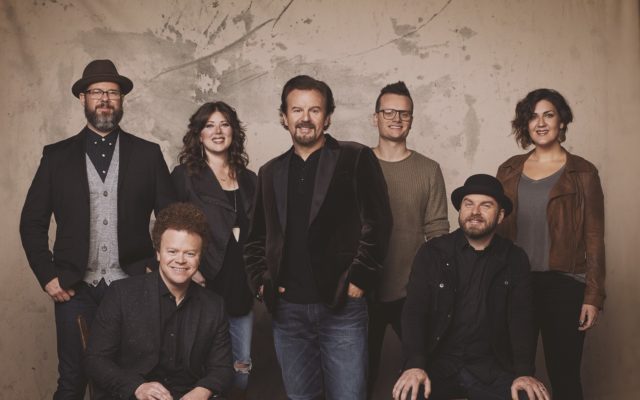 NASHVILLE, TENN. – GRAMMY® Award-winning and multi-RIAA Platinum-selling group Casting Crowns continues to impact listeners with their newest song, “Scars in Heaven.” The impact was seen worldwide as the poignant ballad broke the global first-day streaming record for a Christian song debut on Amazon Music. The song received playlist positioning that included the cover of Amazon Music’s top-performing Christian & Gospel playlist “Divine Sound” as well as featured on the Billboard in Nashville. “Scars in Heaven” is the debut song from new music coming from Casting Crowns.
“Casting Crowns continues to deliver songs that are timely and relevant to their listener’s lives,” shares Terry Hemmings, CEO and President, Provident Entertainment. “Seeing ‘Scars in Heaven’ break records like this with Amazon Music is just another example of the power of the songs that Mark has been gifted with and shared with us over nearly two decades. I’m certain this song will be among the most impactful songs of their vaulted career. It is a great honor to stand with Casting Crowns and the message this band communicates as they release new music in the coming months”.
“Scars in Heaven” was co-written by frontman Mark Hall and Matthew West. Hall was inspired to write this song while watching his mom care for her parents as they passed away.
“Being a pastor and walking people through loss, there is this moment when we are suddenly very aware of their absence,” shares Mark Hall. “When we lose someone, our only faith and comfort must come from the Father. It’s not going to come from this world, because all we see are reminders that we don’t have them. They are with Jesus. They are being held by the hands that bear the only ‘Scars in Heaven.’”
Click below to watch the official music video that has more than has 700k views.