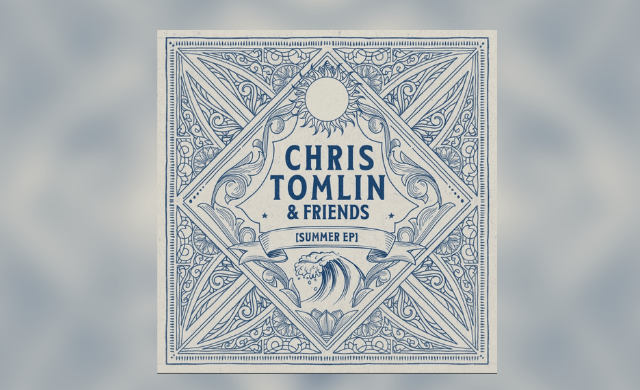 “There is incredible power in collaboration and to be able to come together again with some of the biggest names in Country music and write songs about our shared faith is something that could only be orchestrated by God,” shared Chris. “I am so grateful for Tyler, Russell, and Jimmie’s willingness to use their platform and influence for something that has the power to change people’s lives. This project has always been about smashing up the genres and allowing music about faith and love to meet people where they are and be right in the center of our lives. My hope and prayer are that these new songs will have a lasting impact that goes beyond anything we could ever see or know.”

“I’ve loved working with Chris and find what he’s doing to be very bold and courageous,” said Tyler. “I’m not only inspired by the brotherhood we’ve created, but his want to expand his powerful message of hope, love, and Christ. Our meeting was such a God thing, and what a cool opportunity for us to team up again, be able to create music together, and unite our two worlds even more.”

“‘Talk To Him’ was the first song we ever wrote together, and we knew it was the start of something special,” shared Russell. “It’s about how talking to God is like talking to a friend. No matter where you are or what it is, He is always listening!”

The Chris Tomlin & Friends: Summer EP comes on the heels of the success of Chris’ #1 debuting album Chris Tomlin & Friends, which currently has over 150 million global streams and featured two songs in Spotify’s Viral 50. The album included Chris’ second longest running #1 song “Who You Are To Me,” featuring Lady A, that topped the charts for six consecutive weeks. Chris previously spoke to Billboard about the friendships he built while making Chris Tomlin & Friends. The album featured 13 tracks with some of country music’s biggest superstars, including executive producers Florida Georgia Line, Lady A and Thomas Rhett as well as Russell Dickerson, Chris Lane, RaeLynn, Cassadee Pope and Brett Young in addition to Bear Rinehart of NEEDTOBREATHE, Blessing Offor and We The Kingdom.

Chris performed one of the tracks off the project, “Thank You Lord,” with Florida Georgia Line and Thomas Rhett, on the Today Show and The Late Late Show with James Corden last summer as part of promo for the album.