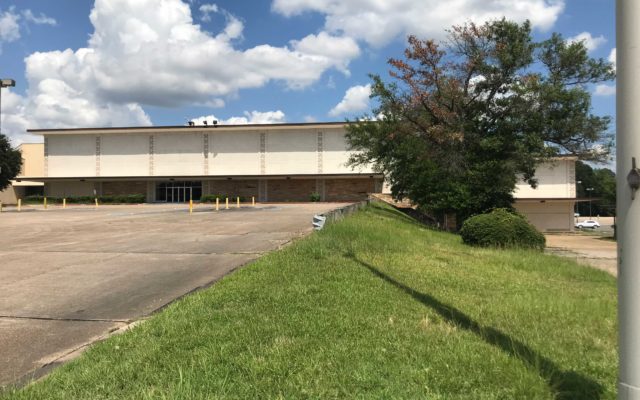 Department heads from the police and fire departments, along with members of the city’s Public Safety Commission were there Thursday with architects to determine whether the 164,000 square foot property would work as a new police headquarters.

“This will be the third trip that we’ve made here,” said Dist. D city council member and Public Safety Commission Chairman Grayson Boucher. “So we’re just seeing what the cost would be and if it’s something that would be cost-effective as opposed to building a brand new police station.”

According to Boucher, it would also house Shreveport’s Property Standards division.

The Sears property has remained vacant since the company closed 63 of its stores in September 2018. The auto center would also be part of the deal, which includes an additional 15,000 square feet of space. Boucher said the bays would be used for the Shreveport Fire Prevention bomb squad. All of the parking lots associated with the building would also be included in the deal.

Boucher says it’s been done before, most recently in Georgia.

“There are buildings that have sold similarly to public safety entities. In fact, there’s a Sears building right outside of Atlanta that just sold to Dekalb County, and it’s being used and it sold in 2017 for $2.1 million.”

Built in 1961, the Sears building sits on 17 acres and is constructed of concrete. It is three stories high and has a fallout shelter. Just of I-49 with easy access to I-20, its central location is a selling point.

City leaders have looked at other locations, including the Stageworks building downtown and the BHP Billiton building off of Clyde Fant Parkway.

The current police headquarters at the corner of Texas Avenue and Murphy Street was built in 1956. Shreveport Police Chief Ben Raymond says it is in need of major renovations and repairs.

Over the summer and into the fall of 2019, both Chief Raymond and Mayor Adrian Perkins campaigned for a bond proposal that included $20 million for a new police headquarters. Voters rejected that bond proposal.

The estimated cost to purchase the Sears property at Mall St. Vincent would be $4.5 million. Even with more than $20 million in renovations, Boucher says it would cost less than building a new headquarters from the ground up.

“On the last bond that we went out for in 2019, the estimated cost was going to be somewhere around $23 million for a new police station. Just from what I understand and from talking to vendors and talking to architects, we could be looking at $35 to 40 million for that same building.”

Shreveport Mayor Adrian Perkins has pushed for a new bond proposal and says his administration and the council are still working out the amount and details.

“If there is a bond issue presented to the taxpayers, what we’re trying to do as a council, or at least myself as the Public Safety Chairman, is to get our best bang for the buck,” Boucher said. “My ultimate objective is to get the building for less than $4.5 million and then let’s put $15-20 million in it and we’ll have a state-of-the-art building for our police officers. They deserve that.”

Perkins has said the new bond proposal would be ready to go before the council by July 13. If approved by the council, it would then head to a ballot vote for the public to decide on November 13.