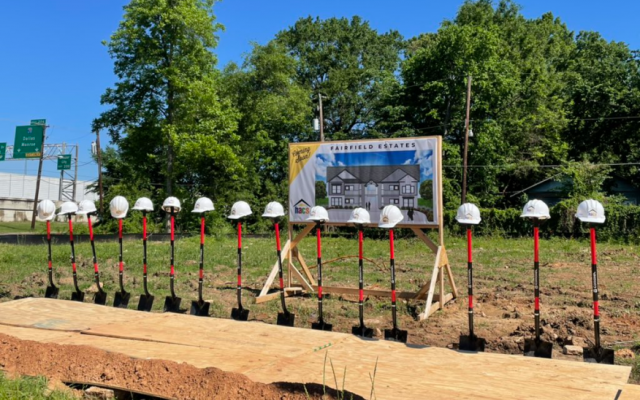 At the same time was the groundbreaking for its replacement, Fairfield Estates. The new complex will have 12 units of one-bedroom and one-bathroom apartments.

“By demolishing Wilkinson Terrace, it creates so much more opportunity to create so much more of that housing that folks can really afford,” said Bobby Collins, CEO of the Shreveport Housing Authority.

The complex housed families for 68 years until its permanent closure in 2019; it became riddled with crime. However, housing authorities say that will not happen again with the new Fairfield Estates.

“We had this concentration of families, 184 units. That becomes like a small city – without policing, without fire,” Collins said.

“You can kind of have that kind of environment for that to happen with crime. So now you’re going to have more deconcentrated models, mixed income, smaller units. And you really don’t have that kind of thing developing anymore.”

“At the beginning of its life, it was a vital part of this Fairfield community, it was something that folks were proud of. But just as it deteriorated, it became something we needed to address.”

Housing authority officials are trying to avoid a cost burden, which happens when tenants pay more than 40% of their income towards rent.

“By doing more affordable housing, we cap that at 40% of the person’s income so they can afford to have a normal life, take care of their kids, keep the insurance on their car, that kind of thing,” Collins said.

A former occupant watched the demolition begin and has mixed feelings about watching his childhood home get destroyed.

“I’m kind of hurt. Deep down in my heart, I’m kind of hurt because I don’t want to see this place go,” said former resident Carlos Bowers. “It was a wonderful place to grow up. Other than other people coming over and bringing their drama over here, it was kind of a nice place to grow up. I hope that the new apartments can still help those that have a lot of kids, and help those, y’know what I’m saying, come to have a new home.”

The new Fairfield Estates are estimated to be completed by February 2022.