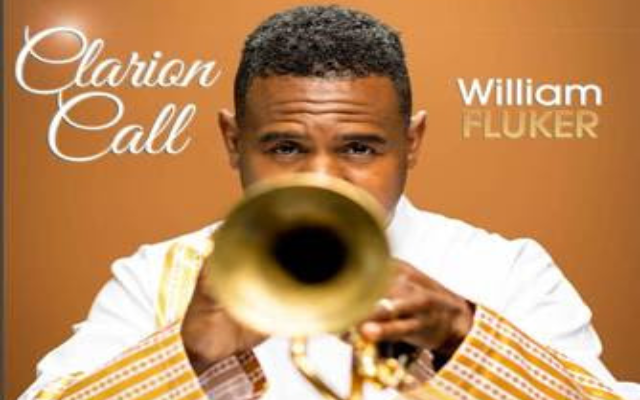 Nspyre Music Group International presents, William Fluker’s “Clarion Call” for the times we are living in. William is an Inspirational, Classical & Master Jazz Trumpeter who is also a beautiful soul that is dedicated to God. William is a veteran musician with many years of experience in the gospel industry. He is known for his ability to compose, produce and perform songs like, “Just Another Day” by the late great Albertina Walker and a live BET performance of “We Shall Overcome” with “Jeff Majors”. William also produced and performed many of the songs on Jeff Majors, Sacred Series. You can hear and experience his trumpet work on his wife, Lisa Bellamy’s latest projects, “What Will It Take” and recent single, “Share The Light”.

William is a graduate of the Duke Ellington School of the Arts (D.C.), with an earned certificate in classical and Jazz Studies. A native of Washington, D.C., William learned and cultivated his craft under the guidance of Mr. Lloyd Hoover, Band Director, Shaw Junior High School. He would later become that sought-after Band Director and Creator of LettumPlay Urban Youth Orchestra, which was created in New Haven, Connecticut.

William has performed, written, and produced with and for James Ingram, Orquesta de Espada, the late Claudio Rodidi and Dave Valentine. He is a featured trumpeter on Mesa Leak’s “Back to Love” project and currently, he is a favored musician and Band Director with the New Haven Public Schools.