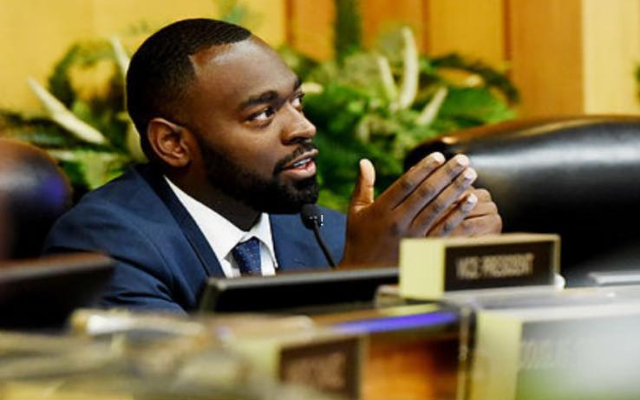 Jackson made amendments to his proposed legislation to reduce the requested amount to $175, 000. His amendment also would ensure this funding would help those who meet the poverty rate guidelines and residents receiving unemployment assistance.

“It seemed to be the will of the body to provide funding incrementally,” said Commissioner Cawthrone. “I offered a friendly amendment to Commissioner Jackson’s original legislation to divide it into two disbursements based on documentation being provided during the vote.”

During a roll call vote, District 2 Commissioner Lyndon B. Johnson and District 12 Commissioner Ken Epperson voted against the legislation. District 7 Commissioner Stormy Gage-Watts was out of the chamber. The meeting took place on a Zoom conference call but can be found on the Parish of Caddo social media (Facebook) account.

This legislation will enter the Parish of Caddo into a agreement with LSU-Health Shreveport to provide COVID-19 mobile testing to parish residents in major hot spots.