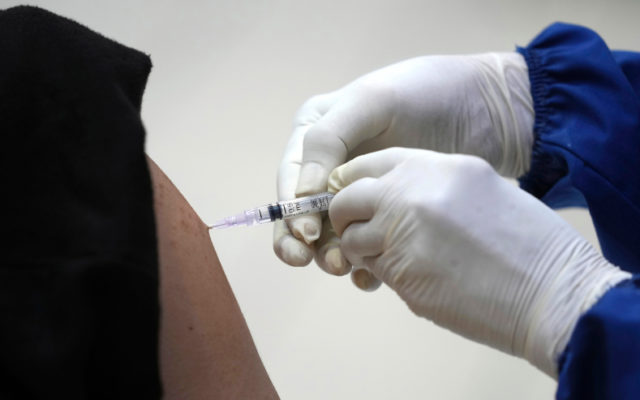 A medical worker gives a jab of the AstraZeneca vaccine for COVID-19 during a mass vaccination for retail workers at a stadium in Jakarta, Indonesia, Tuesday, June 15, 2021. The world's fourth-most populous country, with about 275 million people, has reported more coronavirus cases than any other Southeast Asian country.(AP Photo/Dita Alangkara)

NEW ORLEANS – The COVID-19 Delta variant is spreading quickly, reaching 74 countries including the United States. Louisiana is among the southern states where it has been detected.

The Delta variant is believed to be more easily transmitted than previous COVID-19 variants, and it is spreading fast.

The Delta variant is the 4th named variant originally from India, and possibly the most dangerous yet.

“The concern is the fact that it is highly transmissible. We know the Delta variant appears to be more transmissible than other variants, also could lead to more severe disease including hospitalization,” Dr. Choucair said.

The only way to stop it is through vaccines.

“We do know that the two dose vaccines appear to be effective against the Delta variant,” Dr. Choucair said.

Louisiana is one of the states in the bottom for vaccinations, with only about 35 percent of folks being fully vaccinated. This is why the new variant is more of a concern for us here.

“If we give the variants time to adapt, mutate, then they can get out of control with the vaccines we do have,” Dr. Nirav Patel, Chief Medical Officer at University Medical Center said.

As for those who are vaccinated, what are doctors saying about the need for a booster shot this Fall?

“We don’t know yet if we’ll need booster shots or not, what we know is the vaccines we have are very effective,” Dr. Choucair said.