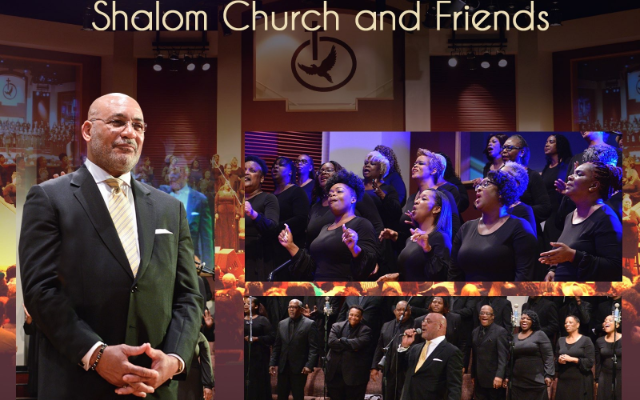 Stemming off the success of their third album, VICTORIOUS, Shalom Church has returned with a revitalizing new single, “He Rescued Me”.   The single is written by Zeke Listenbee and features the spirited and powerful lead vocals by  Michaela E. Howard.   Listen To “He Rescued Me”

“He Rescued Me” is the first single from their forthcoming EP VICTORIOUS VOL 2, the dynamic second part of their 2019 live recording.

The single and album are produced in brilliance by Terence Vaughn and directed by Oscar Williams, Jr.  Dr. Clark wanted a project that encouraged listeners and featured some of the most talented singers and musicians from the St. Louis area.

“Victorious is our living claim,” says Dr. Clark.  “It comes as a result of our attitude of being overcomers.  Battles are always ongoing; however, what we believe while in the battle makes the difference.”  He continues, “We created this music to encourage every person to have this kind of attitude, learning to praise while yet being persecuted, being the victor and not the victim.”

Shalom Church and Friends is another incredibly creative and anointed addition to the Shalom Church catalog of musical works.  Their delivery of “He Rescued Me” and albums of prudently crafted traditional Gospel, Contemporary Worship, and sacred anthems is also their effort to assure that choir music continually thrives.

“He Rescued Me” is available on all digital music outlets and has begun playing on Gospel rado now.  VICTORIOUS VOL 2 will be available in October.