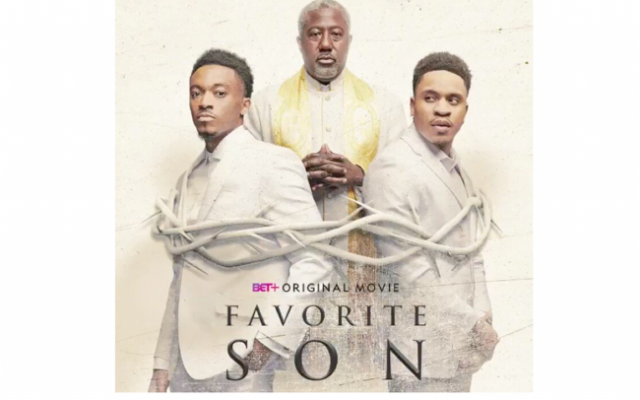 Robin Givens adds a third director credit with ‘Favorite Son’, a story about two brothers in a gospel group who struggle to find a balance between their lives and their faith while under the strict parenting of their father, the reverend of a megachurch. ‘Favorite Son’ will premiere on BET+ Thursday, May 6th.

Last month, blackfilm.com correspondent Koku Tona sat down with Serayah to discuss her upcoming projects, and her role as Dawn in ‘Favorite Son’. Check out the trailer now!

ABOUT BET+:
BET+, a joint venture between BET and Tyler Perry Studios, is the leading streaming service for the Black community. With thousands of hours of hit movies, TV shows, stand-up specials, stage plays and more, BET+ offers the best of Black culture, including exclusive originals from best-in-class creators like Tracey Oliver’s First Wives Club, Tyler Perry’s Ruthless and Bruh, Will Packer’s Bigger and Carl Weber’s The Family Business and Sacrifice, to name a few. BET+ members can watch as much as they want anytime, anywhere, on any internet-connected screen and always commercial-free. Visit BET.Plus to learn more and follow @BETPlus for the latest news and updates.