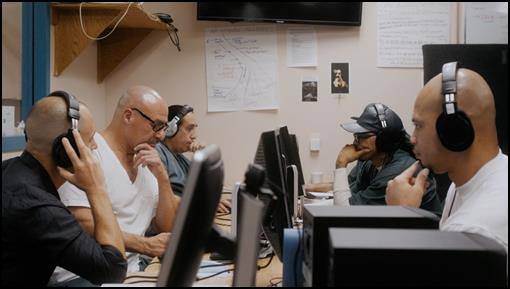 The radio station is a tool to cultivate community and purpose inside prison, and it is a project of the University of Denver Prison Arts Initiative (DU PAI). Inside Wire, programming is created by incarcerated producers in production studios in three prisons. Listeners around the world can tune in to the broadcast at the Inside Wire app on Apple and Android.

“There’s such a wealth of stories and perspectives behind the walls,” says Ryan Conarro, DU PAI staff member and Inside Wire‘s general manager and program director. “Radio is the perfect medium for this environment. We really believe that listening and sharing are essential human acts, both in and out of prison.”

Inside Wire‘s 24-hour program schedule includes a weekday morning music show, a daily “audio bulletin board” featuring announcements and news for listeners, a range of narrative features, and the weekly show Up to the Minute with Dean Williams, an unfiltered conversation between residents and the CDOC executive director.

“The reality is that 90-95% of incarcerated people will be released from prison and return to communities as our neighbors,” says Dean Williams, CDOC executive director. “It’s important that through programs like Inside Wire, incarcerated people have the opportunity to maintain a sense of connection with each other, with the community, and have a purpose and focus in their life while they are serving their time.”

DU PAI’s executive director and co-founder, Ashley Hamilton, says she’s thrilled to be launching Inside Wire at this moment in history. “The idea for this radio station took shape for us a year ago, during the first winter of the Covid-19 pandemic,” she says. “We were asking, ‘how can we create meaningful experiences for people inside prison when isolation is at an all-time high?'” Now, Hamilton says, Inside Wire is launching just as another period of prison lockdowns are underway due to the Omicron variant.

DU PAI is a national leader in prison arts programming. Additional initiatives include the prison podcast “With(in)”; the statewide prison newspaper The Inside Report; and Reverberations, a literary and visual art magazine and large-scale theatrical productions that have toured the CDOC and to the public.