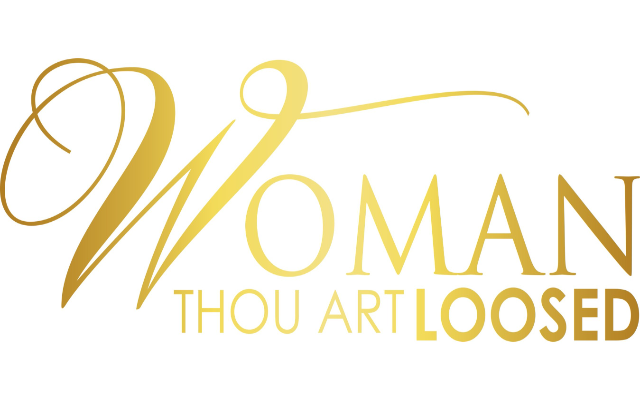 At the culmination of this week’s Woman, Thou Art Loosed! The Grand Finale conference at the Georgia World Congress Center in Atlanta, T.D. Jakes, globally renowned businessman, faith leader and philanthropist surprised his daughter Sarah Jakes Roberts by calling her up to the stage and anointing her as the voice of a new generation of ministry.

Jakes told her, “Sarah Jakes Roberts, when you walk onto this stage, you are walking into your destiny. After 30 years of Woman, Thou Art Loosed! and 45 years of preaching the Gospel, the time has come that I must decrease, and you must increase. This is not an inheritance; this is a calling. You are not standing on this stage for family legacy. This is not a favor, but a divine assignment that Woman, Thou Art Loosed! must evolve.”

Jakes remarked that this was not an ending, but a beginning as he directed his audience to join Jakes Roberts in picking up her mantle of ministry. Jakes professed it was not weak for a man to empower a woman. He instructed his daughter to not drop the mic as she picks up his.

As Jakes continues to lead as senior pastor of The Potter’s House church, chairman of the T.D. Jakes Foundation and T.D Jakes Real Estate Ventures along with other faith-based and business ventures, during the final Woman, Thou Art Loosed! conference—a conference that has run for more than 25 years to become a global movement— he symbolically passed the torch to his daughter to carry on his legacy of ministry and conference for women. Jakes Roberts will assume the role as leader of the next generation of women’s leadership events in addition to her own ministry and conference, Woman Evolve.

Anointing his daughter with oil, Jakes said, “With every drop of oil that falls upon your head, may the strength and power of the Almighty God rest upon your life.” He then commissioned each one of the 22,000 women present to go forth and evolve into their destiny.

Jakes Roberts then remarked, “We’ve just been loosed to evolve into the next dimension.”

Since 1996, Jakes has brought women together to find hope amid hopelessness, peace in the midst of turmoil and freedom in the midst of bondage. In addition to Jakes taking the stage, other distinguished headline speakers during the conference included:

In honor of this year’s final gathering and to pay homage to the conference’s original location, Coca-Cola partnered with the conference in support of T.D. Jakes Ministries and the T.D. Jakes Foundation to celebrate the deep-seated community roots in Atlanta.

For more information on Woman, Thou Art Loosed! The Grand Finale visit WTAL.org

Woman Evolve was founded by Sarah Jakes Roberts in 2017 with a mission to awaken, identify, and release the unique offering of the woman. The definition of womanhood continues to advance and so does a woman’s need to assess where she fits in the world around her. Woman Evolve encourages women to know they no longer must choose between a family and a career, but that they can have it all! More information about Woman Evolve and Sarah Jakes Roberts can be found at womanevolve.com.

About Woman, Thou Art Loosed!
Woman, Thou Art Loosed! began as a Sunday school curriculum in 1992 by Bishop Jakes and has since birthed a best-selling book, a widely-acclaimed stage play, a GRAMMY®-nominated album and a national conference that has drawn more than a half million women from around the world. In October 2004, Woman, Thou Art Loosed! was developed into a movie in collaboration with Reuben Cannon Productions and became a box office top-10 hit, winning a 2005 NAACP Image Award. More information can be found at WTAL.org