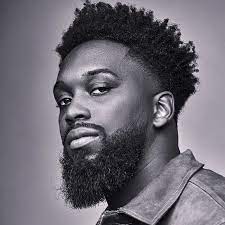 Dante Bowe is a Gospel singer, songwriter and worship pastor. Bowe is a member of the Bethel Music collective and the Maverick City Music collective. He serves as a worship pastor at Addereth Church in Columbus, Georgia. In 2017, Bowe released his debut single, “Potter and Friend” featuring Jesse Cline, which was shortly followed with the independent release of his debut studio album, Son of a Father.

Bowe signed with Bethel Music in June 2019. In 2020, He made his debut appearance with Bethel with the single “Champion” which was featured on the album Revival’s in the Air. This was also followed by three standalone singles: “Don’t Talk About It” featuring Jesse Cline, “Be Alright” featuring Amanda Lindsey Cook, and “Voice of God” featuring Steffany Gretzinger and Chandler Moore. In 2021, he released his second studio album, Circles, which contained the single “Joyful”. Circles debuted at No. 7 on Billboard’s Top Gospel Albums chart in the United States.

At a time when most of us have experienced change in nearly every area of our lives, some things remain constant. In his latest single, “Joyful”, Dante Bowe reminds us that joy can certainly be one
of them. Sweeping listeners into its Gospel R&B groove from the get-go, “Joyful” is a breath of fresh air at a time when we all need it.

“Joy is so different than happiness. While happiness is that temporary feeling created by circumstance, joy isn’t based on anything other than truth,” Bowe observes.

“You can be in a bad place or sad situation and still have joy: the knowing that greater things are coming and the moment you are in is not the end.”

With lyrics that can’t help but put a smile on your face, Bowe declares the fact
that all we have is today, the now, to make joy our contagious cry to the Lord.