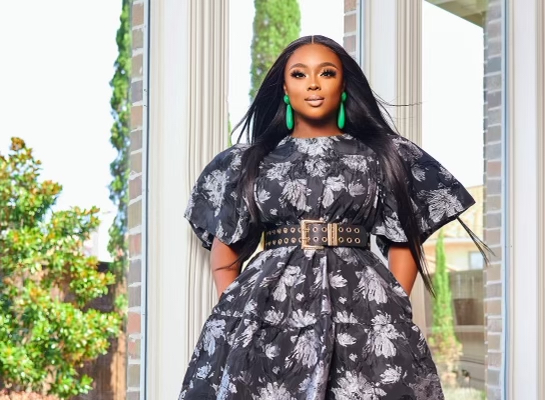 Jekalyn Carr is an award-winning artist.  She is a profound speaker, radio and conference host, entrepreneur, actress, and author.  Jekalyn has spent nearly a decade on top of the charts as a top-selling independent recording artist with nine Billboard No.1’s including five No.1 radio singles, two No.1 albums, two No.1 digital singles, and seven Top 10 songs. In her career, she’s garnered four GRAMMY® Award nominations, two Billboard Music Award nominations, over 75 million lifetime global streams, and on YouTube, she has surpassed 95 million views. Her 1.3 million social media followers often go to her for a positive voice during rough times.

She has historically been inducted into the Women’s Songwriters Hall of Fame in Washington D.C., being the first Gospel artist to be inducted.  Jekalyn was also the co-host of the 36th Annual Stellar Awards, which garnered excellent ratings for BET generating over a 100% increase in viewership since last year,  She continues to host her nationally syndicated radio show “The Jekalyn Carr Show.”  She was named one of EBONY Magazine’s ‘Power 100’ in 2014 as one of the Most Influential People in the World.

Ever evolving, Jekalyn made her television acting debut with a featured role on the OWN Television Network series “Greenleaf” and expanded her acting experience in the feature film, “Never Heard”. Her entry into the literary marketplace was heralded by her debut release “You Will Win!: Inspirational Strategies To Help You Overcome”. In “You Will Win!” Carr shares some of her most poignant and riveting exhortations, inspirational messages, pointers, and strategies to promote a victorious Christian life.  Jekalyn is one of the youngest to host a major conference, that works to build and uplift people in faith, family, and the marketplace.  The You Will Win conference is another platform that she uses to inspire people.