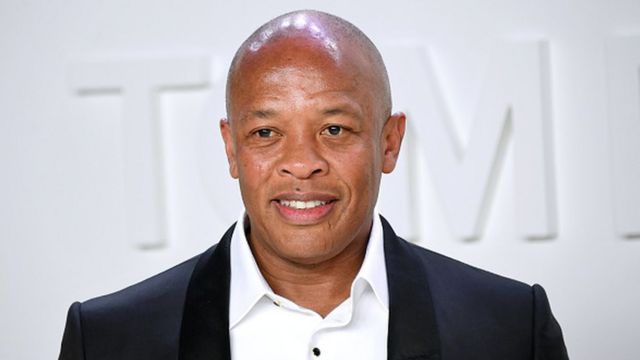 GRAMMY® Award-winning artists Dr. Dre, Missy Elliott and Lil Wayne, and music executive Sylvia Rhone will be honored during the Recording Academy® Honors Presented By The Black Music Collective event taking place during GRAMMY® Week at the Hollywood Palladium on Thurs, Feb. 2, 2023. All four honorees will be receiving the Recording Academy Global Impact Award for their personal and professional achievements in the music industry. First-time GRAMMY nominee Adam Blackstone will return as the musical director of the evening and Recording Academy Board of Trustees Vice Chair Rico Love will also return to Chair the event. The second annual Black Music Collective event is sponsored by Amazon Music and Google Pixel Phone and will take place just days before the 65th Annual GRAMMY Awards.®

“I am so thrilled to honor and celebrate these four giants in the music industry,” said Recording Academy CEO Harvey Mason jr. “Last year’s inaugural event was such a highlight during GRAMMY Week and now with Dre, Missy, Wayne and Sylvia there to pay tribute to this year, it’s definitely going to be another night to remember. I continue to be proud of the work of our Black Music Collective as it’s a vital part of what we do here at the Academy.”

Seven-time GRAMMY Award-winning artist, producer, founder, and CEO of Aftermath Entertainment and Beats Electronics, entrepreneur, and philanthropist Dr. Dre began his career as a member of the World Class Wreckin’ Cru. Shortly after, he co-founded the revolutionary group N.W.A. The Compton, California, native embarked on his solo career in 1992 when he released his solo debut album The Chronic, which has been certified triple platinum by the RIAA, reached the top 10 on the Billboard 200 and won a GRAMMY for Best Rap Solo Performance (“Let Me Ride”). Dre launched Aftermath Entertainment in 1996, where over the years he discovered hip-hop superstars such as 50 Cent, The Game, Kendrick Lamar, Anderson .Paak, and Eminem. Jimmy Iovine and Dre established Beats Electronics in 2008, and later launched Beats Music – Apple acquired both in 2014. Among many other accolades, Dre won a GRAMMY and an Emmy for the HBO docuseries The Defiant Ones, and the Pepsi Super Bowl LVI Halftime Show Starring Dr. Dre, Snoop Dogg, Mary J. Blige, Eminem, Kendrick Lamar and 50 Cent took home three Emmys. In 2013, the USC Jimmy Iovine and Andre Young Academy for Arts, Technology and the Business of Innovation was funded and established. In 2022, they expanded their efforts to the Los Angeles Unified School District opening the Iovine and Young Center (IYC) Integrated Design, Technology, and Entrepreneurship (IDTE) Magnet, a new high school that will offer students grounding in the same cutting-edge curriculum.

Missy ‘Misdemeanor’ Elliott has remained relevant as a true visionary and pioneer for women in hip-hop for over 25 years. Her experimental sound and groundbreaking music videos changed the music landscape and challenged artists not to conform to the norm. The multi-GRAMMY Award-winning rapper, singer, songwriter, and producer made an immediate impact on the music industry with her critically acclaimed debut album Supa Dupa Fly – produced by her long-time production partner Timbaland – debuting at No. 3 on the Billboard 200 and went on to achieve platinum certification by the RIAA. The Virginia native has produced for and collaborated with artists such as Aaliyah, Beyoncé, Janet Jackson, Mariah Carey, Ciara, Lil’ Kim, J. Cole, Busta Rhymes, Ludacris, Chris Brown, and Lil Wayne. Among other awards and accolades, Elliott became the first female rapper inducted into the Songwriters Hall of Fame and has received honorary doctorates from Berklee College of Music and most recently, Norfolk State University. In 2022, Elliott was honored in her hometown of Portsmouth with her own street name “Missy Elliott Blvd,” furthermore declaring October 17 to be Missy Elliott Day by the Commonwealth of Virginia. Missy is now the latest addition to the Madame Tussauds Wax Museum, where her figure is a recreation of her 2019 MTV Video Music Awards appearance. In 2021, Elliott received a star on the Hollywood Walk of Fame.

Five-time GRAMMY Award-winning multiplatinum rap icon, Young Money Entertainment founder and CEO, Young Money APAA Sports founder, acclaimed author, pro skater, and philanthropist Lil Wayne has left a lasting impact on the culture. By 2020, he cemented his legacy forever as “one of the best-selling artists of all time,” tallying sales in excess of 100 million records worldwide with 25 million albums and 90 million digital tracks sold in the United States alone. In 2022, Wayne earned his first Diamond certification from the RIAA with his generational smash hit “Lollipop” feat. Static Major. Among many milestones, he emerged as “the first male artist to surpass Elvis Presley with the most entries on the Billboard Hot 100,” logging a staggering 183 entries – the third most of all time. Simultaneously, Wayne owns and operates Young Money Entertainment, the company that ignited the careers of Drake, Nicki Minaj, Tyga and many more. The committed philanthropist founded The One Family Foundation, with the mission of giving power to the youth by providing them with opportunities to practice their talents and skills and inspiring them to dream beyond their circumstances.

Sylvia Rhone has succeeded for more than four decades as one of the most influential female executives in the history of the music business. As Chairwoman and CEO of Epic Records, she oversees a roster of breakthrough, best-selling artists, including Future, Travis Scott, 21 Savage, DJ Khaled, Meghan Trainor, Black Eyed Peas, Sara Bareilles, the legendary Ozzy Osbourne, and the iconic Sade, among many others. Raised in New York City’s historic Harlem, Rhone began her career with Buddha Records in 1974. She also held positions at ABC Records, Ariola Records and Atlantic Records. Rhone’s historic appointment as Chairman/CEO of the Elektra Entertainment Group in 1994 established her as the only African American and the first woman in the history of the recording industry to attain the dual title. She also previously served as President of Universal Motown Records, Executive Vice President of Universal Records. Long recognized as a keen developer of musical talent, Rhone is a trailblazing game-changer who has launched and guided multiple best-selling artists spanning hip-hop, pop, R&B, heavy metal, rock, gospel, and folk. Among them, Missy Elliott, Busta Rhymes, En Vogue, The System, Levert, Brandy, Yo Yo, The D.O.C., MC Lytle, Audio Two, Tracy Chapman, Yolanda Adams, Metallica, Natalie Merchant, Gerald Levert, Ol’ Dirty Bastard, Fabolous, Jason Mraz, Third Eye Blind, Lil Wayne, Drake, Nicki Minaj, Kid Cudi, Erykah Badu, and Stevie Wonder. As the first woman CEO of a major record label owned by a Fortune 500 company and the first black woman to attain such a title, Sylvia Rhone is undeniably one of the greatest forces ever in the history of the music business and her indelible contributions to global pop culture will be celebrated for generations to come.

MVD Inc will return for the second year to produce the Recording Academy Honors Presented By The Black Music Collective GRAMMY Week event.