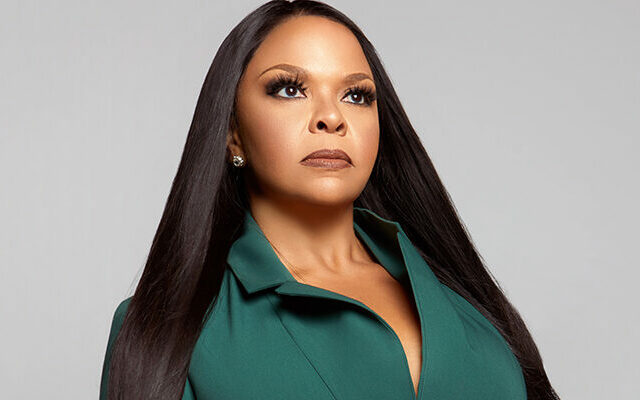 GRAMMY® Award-winning Gospel music maven Tamela Mann is set to release a new deluxe edition of her sensational Tillymann Music Group album, Overcomer. Tamela also makes history again this week as the first gospel artist to chart nine No. 1 singles on Billboard’s Gospel Airplay chart, with her most recent single “He Did It For Me” holding the top spot for a second week. Heralded as some of the superstar’s best work, Overcomer: Deluxe Edition builds upon the original version’s themes of resilience, strength, purpose, and the beauty of faith, with an offering of both all-new tracks and intimate live renditions of fan favorites from the Overcomer. Overcomer: Deluxe Edition will be distributed by The Orchard, and available as a digital release across all major music streaming platforms on July 22, 2022.

At a time when the world looks to rebuild following a turbulent chapter, Overcomer: Deluxe Edition will resonate with fans of Tamela’s music, as she reminds us that with faith we can overcome the challenges before us, receive healing and find hope. Her awe-inspiring vocals and profound lyrics on the album are supported by a prolific group of special guest features including the breathtaking new ballad “Superheroes Prayer” with Yolanda Adams, the uplifting and joyous “Hello God” with Wyclef Jean and Kirk Franklin, the powerful track “Finished Work” with Todd Dulaney and stunning new live renditions of “Help Me” with Tim Rogers and The Fellas and “Finished,” which is written by Travis Greene.

The original version of Overcomer made a splash on the charts, immediately entering the Top Gospel Albums upon release and earning Tamela her seventh No. 1 spot in Billboard’s Gospel Airplay charts with the debut No. 1 single, “Touch From You.” The follow-up single, “Help Me,” notched Tamela’s eighth No. 1 single on the Billboard chart, and the current single, “He Did It For Me” is No. 1 on the chart for a second week. Marking her ninth single to take the top spot on the chart, Tamela is making history as the first gospel artist to achieve this. Overcomer: Deluxe Edition takes what made the original version great and turns it into a new masterpiece. Listeners will hear Tamela elegantly proclaim her faith, lead worship, and deliver heavenly music in the magnificent way she knows how.

Overcomer: Deluxe Edition is the latest accomplishment in Tamela’s storied career. Tamela is a Grammy® Award Winner, BET® Award winner, Billboard® Music Award Winner, NAACP Image® Award Winner, Gospel Music Stellar® Award Winner, actress, songwriter, producer, and businesswoman. Her Billboard No. 1 album Best Days includes the No. 1 Platinum single “Take Me to The King” and received Billboard’s “Album of the Decade” for 2010-2019, in the Gospel category. Tamela’s Billboard No. 1 album, One Way, garnered two No. 1 singles, including “Change Me” and “God Provides,” which earned the singer her first Grammy® Award in 2017. In 2018, Tamela and her husband, NAACP Image® Award-winning actor David Mann, released their first book and joint album, Us Against the World. The book won an NAACP Image® Award for Outstanding Literary Work and the album continues to garner top-charting singles including the Urban AC track, “Ups & Downs.” Tamela and David together helm Tillymann Entertainment. They starred in the NAACP Image® Award-winning docu-series “The Manns,” the hit comedy “Mann & Wife,” and are currently starring in “Tyler Perry’s Assisted Living” and “Mann Family Dinner” on their MANNTV YouTube channel. Tamela’s athleisure apparel line, the Tamela Mann Collection, is available at TamelaMann.com and in select retail stores.

“These songs are a true expression of my heart and reflect where I’m at these days on my spiritual journey,” says Tamela. “We’ve all been through so much and we’ve made it through. I want to encourage people, God helped us overcome this far, and with His help, we can keep conquering anything that comes our way.”