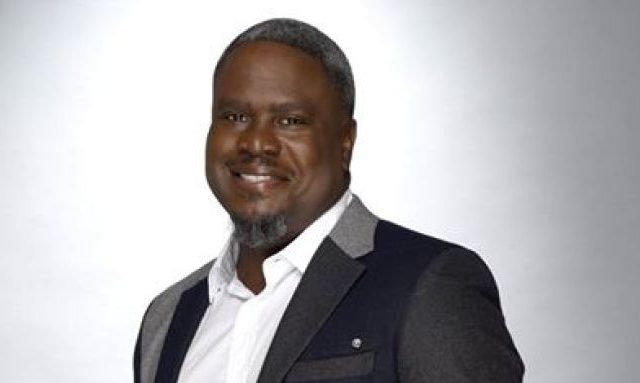 Troy Sneed, the Grammy® Award-nominated music entrepreneur known for Top 5 Billboard Magazine gospel radio hits such as “My Heart Says Yes” and “Worked It Out,” passed away on Monday, April 27th at 12:24 AM EST of complications of COVID-19 at a Jacksonville, FL hospital. He was 52 years old.

“Troy was like a brother to me,” says Mike Chandler, CEO of Rejoice! Musical Soul Food radio network. “He was a businessman. He was a husband; he was a father. He was an industry leader so it’s not just my loss it’s a loss to the whole industry. He was one of the most talented men in our industry but more importantly Troy was a good person and he did a lot of good work. The world is going to miss him.”

Sneed was born December 14, 1967, in Perry, FL. Throughout high school, he played football and had a dream of becoming a professional NFL star. However, three separate injuries in his junior and senior years, cut his dream short and doctors advised him to give up the game.

After graduating from high school, he enrolled at Florida A&M University (FAMU) as an education major with a minor in music. He joined the university choir and became active in gospel music. The school’s

gospel choir advisor, Prince J.D. Olds, recognized Sneed’s leadership and musical qualities almost immediately and appointed him the Minister of Music for the choir. During that period, Sneed traveled around the United States with the choir as they performed with gospel luminaries such as James Moore, LaShun Pace, Dorothy Norwood, and the Rev. James Cleveland.

After graduating from FAMU, Sneed taught at Jacksonville’s Beach Elementary School until Savoy Records executive Rev. Milton Biggham offered him a position as the Georgia Mass Choir’s Assistant Minister of Music. Over the course of his decade-long tenure there, Sneed traveled with the choir, arranged music on their albums, and appeared with them in the Denzel Washington and Whitney Houston motion picture “The Preacher’s Wife” in 1996. Youth for Christ’s 1999 album “Higher” earned Sneed a Grammy® Award nomination in 2000.
In 1999, Sneed released his debut solo gospel album “Call Jesus” on Savoy Records and a follow-up project however he was unhappy with the results. “Unless you’re a big-name artist, they don’t know what to do with you, don’t know how to market you,” he told David Crumpler of the Florida Times-Union newspaper in 2013. “I had learned from a lot of different people [and decided that] `I can do this myself.’”

Sneed and his wife, Emily (whom he met at FAMU), formed their own recording label, Emtro (a blend of their first names) in 2003, and secured national distribution with GoDigi Path. In 2005, their burgeoning label had two Billboard Top 5 gospel radio hits with Rev. Rudolph McKissick’s “The Right Place” and Alvin Darling & Celebration’s “All Night.” In 2006, the label earned its first Billboard No. 1 hit with Youth for Christ’s “The Struggle is Over.” Over the years, Sneed wrote songs and produced projects for a variety of other artists that were released through Emtro such as “Call Jesus” for Bruce Parham and the Arkansas Mass Choir’s smash, “You Alone.”

By 2007, Sneed finally focused on his own music and had earned his first Billboard solo Top Ten hit with the upbeat song “Hallelujah.” Over the years, he’s placed a dozen solo hits on various Billboard gospel charts such as his biggest hits “My Heart Says Yes” (2011) and “Work It Out” (2008) which both peaked at No. 2 on Billboard’s Hot Gospel Songs chart. His latest album “All My Best” was released this past fall and featured twelve of his biggest gospel radio hits. Sneed, who resided in the Jacksonville area, is survived by his wife of 27 years, Emily; and their four children, Troy Jr., Evany, Trey and Tyler.