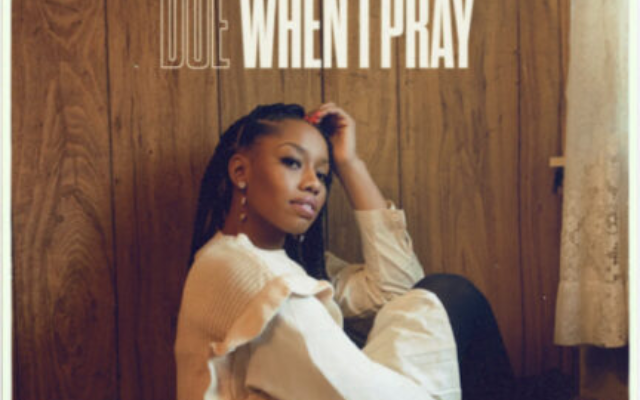 Chart-topper DOE will present a whole live experience of her award-winning debut album CLARITY on tour this winter, with “A Night of Clarity,” her first solo tour. Headlining dates during December, tickets are available now for the multi-city “A Night of Clarity” Tour, hitting Atlanta, GA; Chicago, IL; Washington, DC; and Philadelphia, PA. The three-time GRAMMYⓇ-nominee brings her acclaimed powerful live performances to the stages of City Winery for an intimate concert with inspiring songs from her 2022 full-length debut album CLARITY, which recently won the Dove Award for Contemporary Gospel Album of the Year.

Featuring her #1 hit Gospel songs “When I Pray” and “Brighter,” DOE’s album CLARITY, released by Jonathan McReynolds’ Life Room Label in partnership with RCA Inspiration, includes a total of eleven tracks with other standout songs such as “Clarity,” “I Try,” “Mercy,” “Take Me Back,” among others. Following her tour as the opening performer for GRAMMYⓇ-winners Jonathan McReynolds and Mali Music on their joint 2021 “Jonny x Mali” Tour along with her featured appearances performing on the Stellar Awards, Dove Awards, and more, DOE has continued recording new music sharing her gift of music ministry globally. She recently released the “When I Pray (Mi Oración)” Spanish language track feat. Blanca, with her upcoming Spanish language track “En Ti Yo Esperaré (What I’m Waiting For)” feat. TWICE, to be released on November 11th. She has released a new recording for the holidays, of the beloved classic carol “O Come, O Come Emmanuel” feat. IAMSON, is available now. DOE also released the video for the new holiday track, creating a warm and meditative acoustic live performance with singer/songwriter IAMSON on “O Come, O Come Emmanuel.”

DOE is next up as a Favorite Gospel Artist nominee at the American Music Awards, airing November 20th, with voting open to the public daily at VoteAMAs.com through November 14th.