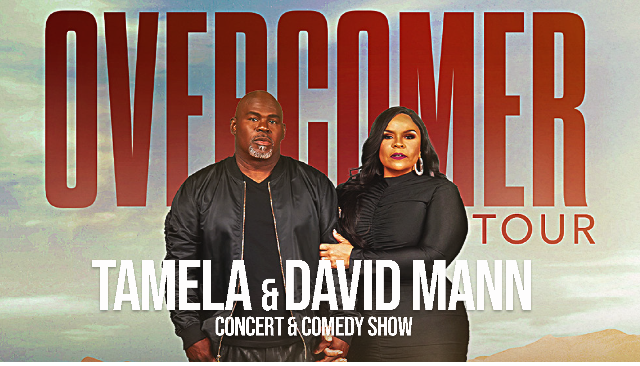 Performing individually, David Mann Jr., kicked off the evening spinning back to back old school and traditional tunes. Sisters La’Tia followed with the performance of two songs as she connected with the crowd, however it was Tiffany Mann, who stole the show.  She started her set singing a Patti LaBelle tune before morphing into this powerhouse singer that resulted in a standing ovation.  David Mann, Sr’ then took to the stage with a nonstop comedy set about some of the shenanigans that goes on inside of the Mann’s home and bringing up the rear was Tamela Mann who performed some of her biggest hits along with a few new ones from her latest release, Overcomer: Deluxe Edition.

“We’re excited to get back out on tour with our family,” said David, executive producer of the tour. Added Tamela, “It’s a family experience of music and comedy, with something for everyone.”

The entire Mann’s Family took center stage as Tamela talked about being in the business for 35 years.