Home smart devices part of the ‘Internet of things’ 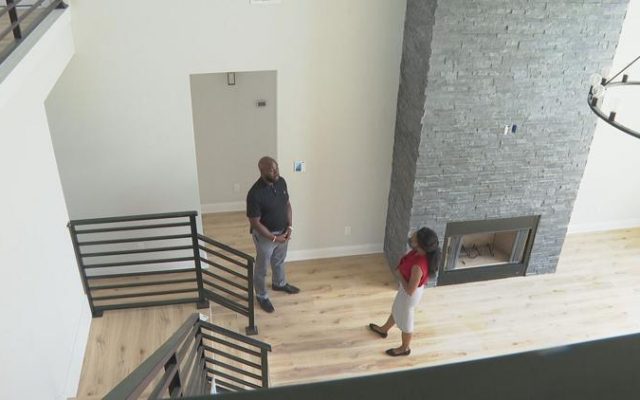 SHREVEPORT, La. — “You will get to a point where you will never have to touch it,” said Rickey Jones, homeowner and and owner of MRJ Homes, about the smart thermostat he’s installed in his Keithville home. “Again, because it knows your routines schedules, all of that good stuff.”

The thermostat connects to the internet, making it a part of what’s called the “Internet of things.”

But what is that? Simply, it’s items that are connected to the internet.

Kevin Nolten, Cyber.Org academic outreach director, said many people already have these smart items but may not think of as part of a network or the Internet of things (IoT).

“Many of us have an iPhone that’s connected to an Apple Watch. Many of us have devices in our home that allows us to turn the radio on or turn the lights on and that are connected to the internet to make our lives easier,” said Nolten. We’re no longer just using an internet connection for our phone or a laptop.”

“As soon as I say some kind of word, keyword, it will make this light come on or go off,” said Jones.

In the house Jones is building he has installed smart items throughout it. He also installs them for others through his business.

“I wanted the ability to be able to control my house from remote,” said Jones. “So, if I’m not here, I can control my house. And I was thinking about the whole, being able to save money, you know, energy savings, all that kind of stuff.”

Inside of his home, Jones has devices like a smart light switch, smart stove, front door locks, cameras and garage door sensors. to name a few. All those devices join onto your Wi-Fi and creates a network.

“Even though the devices are made from different manufacturers, we’re able to control in one single app,” said Jones. “So that’s how I’m able to set up the schedules and allow everything in the house to talk to one another from one platform.”

“When we talk about multiple points of access, so if I have a laptop, a printer, a tablet, and my phone, all of those devices that are connected to the internet are now called a network,” said Nolten. “And while you might not think about it, these items in your homes and businesses still need to be made secure.”

Tips to keep your items secure
Jason Ingalls, Ingalls Information Security founder and CEO, offered tips for everyone to keep their items protected. If they aren’t, that could lead to personal information or your home or businesses open to a breach.

“Don’t just plug it in and forget about it, these aren’t devices that you can literally just plug in and forget about,” said Ingalls. “Make sure that you have them installed properly by a professional, for example, they will make sure that they configure the device for you so that it’s going to get updates, for example, and that it doesn’t have a default username and password. If you’re doing this yourself, that you pick a password that’s sufficiently complex.”

Ingalls also suggested people to get a firewall set up.

“That will prevent hackers from being able to scan for these devices in your own home, and then start guessing passwords and things like that,” said Ingalls.

“Not only do I have a firewall in place, but I’m using complexity when it comes to passwords,” said Jones.