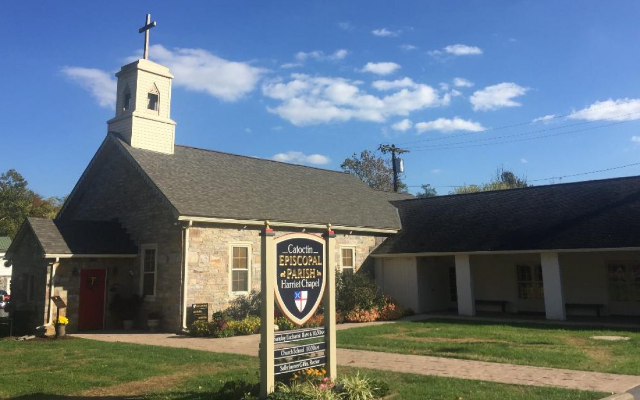 Harriet Chapel (Catoctin Episcopal Parish) and The Catoctin Furnace Historical Society announce Crossing Over, a concert to honor the legacy of the enslaved people who lived and labored at Catoctin Furnace. The concert, which is free to the public, will take place at 4pm on November 6 at Harriet Chapel, 12625 Catoctin Furnace Road, Thurmont, MD 21788. Crossing Over will uplift audiences through spirituals and the interplay of musicians, Shana Oshiro (vocals), Jodi Beder (cello), and Edmond Charles, (piano). Selections will include such works as “Sometimes I Feel,” “Didn’t My Lord Deliver Daniel,” “Deep River,” and more. The concert is free of charge, funded by a grant from the Maryland State Arts Council.

Shana Oshiro is a soprano and music therapist, who has curated several concert collaborations. An alumna of Morgan State University and Shenandoah Conservatory, she has performed with the Baltimore Symphony, Opera Philadelphia, Theatre Alliance, and others. She leads the organization HALO, Inc, and the affiliated program, Race and #RealTalk, a community music therapy initiative using barbershop music as a framework to guide fruitful dialogue about racism in and beyond the United States.

Jodi Beder, cellist, brings an eclectic mix of classical, rock and multi-cultural experience – even klezmer – to the ensemble. A composer, she composes and arranges theater music in collaboration with Caleen Jennings, and performed with Jennings in her powerful Hands Up, a response to events in Ferguson.

As an accompanist, a solo musician and a session musician, pianist Edmond Charles has performed at the White House, the Senate House, the Kennedy Center, and venues throughout the US and abroad. He embraces diverse styles including jazz, classical, gospel and island music. He is the pianist/organist for Howard University’s Rankin Chapel.

Along with the concert, original works by Vincent Dion Stringer will be on view. Stringer is a self-taught visual artist. Widely collected in the US and abroad, his first commission was a 2015 painting entitled “On Purpose,” a work in acrylic and gold leaf for the Open Church of Maryland. Stringer is not only a visual artist but a poet, and an acclaimed Baritone and educator, now retired from Morgan State University where he was Coordinator of Vocal Studies and Artistic Director of the Morgan State University Opera Workshop.

Harriet Chapel (c. 1828), a structure likely built by laborers, some of which were held in bondage by furnace owner John Brien, will provide a powerful backdrop for the concert. Evidence exists that men and women enslaved by furnace owners worshiped in and held baptisms, marriages, and funerals at Harriet Chapel.