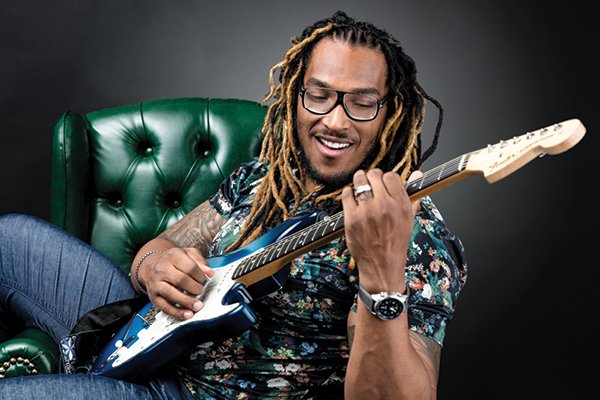 NFL star turned musician Joe Barksdale (formerly of the Rams and Chargers) will join the Players Choir in the live shows of ‘America’s Got Talent starting Tuesday, August 9. Barksdale, who began pursuing a career in music after retiring from the NFL, will add his unique vocal sound, a smooth blend of blues, soul, jazz, and rock with current and former NFL players’ talents for the chance to win 1 million dollars in prize money. The first episode is scheduled to air on NBC on Tuesday, August 9th, followed by six weeks of live shows.

The Players Choir first went viral after receiving a resounding 3 “yes” response from the judges for their “Lean on Me” performance. Host Terry Crews described it as a “touch down”, the audience responded with a standing ovation, and judge Simon Cowell challenged them to re-perform it acapella, a feat they had no problem conquering. The Players Choir will appear as 1 of 54 acts moving on to compete in AGT’s Live Show Round, with Barksdale bringing his smooth vocals to the mix.

His participation in the show comes with perfect timing as his music career continues to grow. His newly released single “My Angel” (7/31) recently won the “Best of North America” Blues Category for the InterContinental Music Awards. The full album, “Yours Truly,” is scheduled for release on August 31st.

To learn more about America’s Got Talent and the Live Show schedule, visit nbc.com.