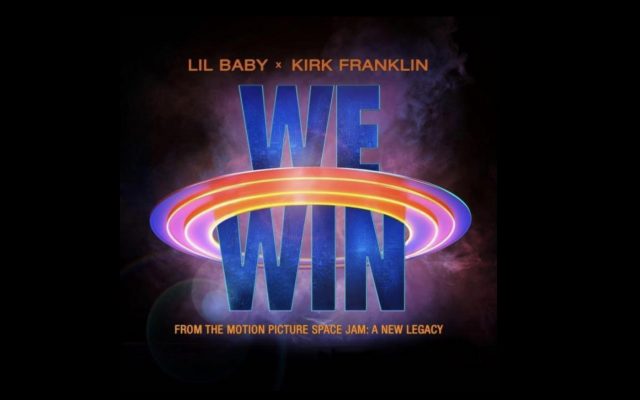 Lil Baby is the hottest rapper in the game right now. Whether you like his music or not, he’s risen to the top of the music industry as one of the most successful artists in the game. He has platinum plaques, and Grammy nods to his name while fans continue to eat up whatever he drops off for them.

It should come as no surprise that he was among the artist tapped for the upcoming Space Jam flick. The Lebron James-starring sequel to the 1996 sports comedy is expected to drop next summer but Elliott Wilson took to Instagram and Twitter today where he unveiled the cover art for the first single off of the OST. “WE WIN” is an unexpected collaboration between the current prince of trap music and the king of gospel, Kirk Franklin. Who would’ve expected it? Wilson did not offer any other information on the song including a release date. However, it seems more than promising that it’ll be dropping in the near future.

Space Jam: A New Legacy will not only have high expectations for its execution as a film but the soundtrack as well. The 1996 Space Jam OST — now 6x platinum — includes contributions from Seal, R. Kelly, Coolio, Biz Markie, Jay-Z, and of course, the monstrous posse cut, “Hit ‘Em High” ft. B-Real, Busta Rhymes, LL Cool J, Coolio, and Method Man.