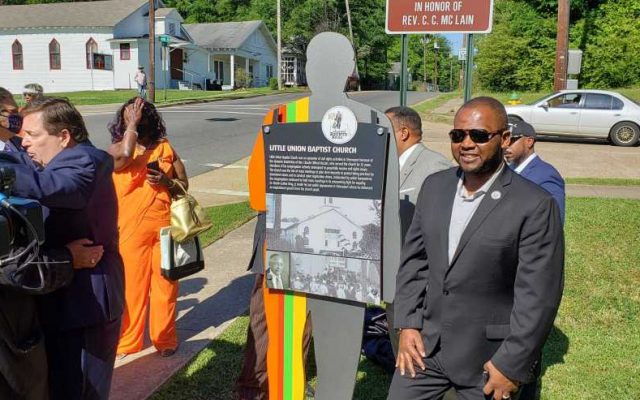 Little Union Baptist Church is the 3rd marker go up on the Louisiana Civil Rights Trail.

Little Union Baptist Church is one of the last places where Dr. Martin Luther King Jr. preached before his assassination in 1968.

Earlier this week, New Orleans restaurant Dooky Chase’s and the old state capitol building in Baton Rouge, were also honored with markers on the trail.

The sites were selected by an Office of Tourism committee, including representatives of Southern and Grambling universities, from a pool of potential sites nominated by the public.

The project will eventually include 15 locations across the state.

The Associated Press contributed to this story.