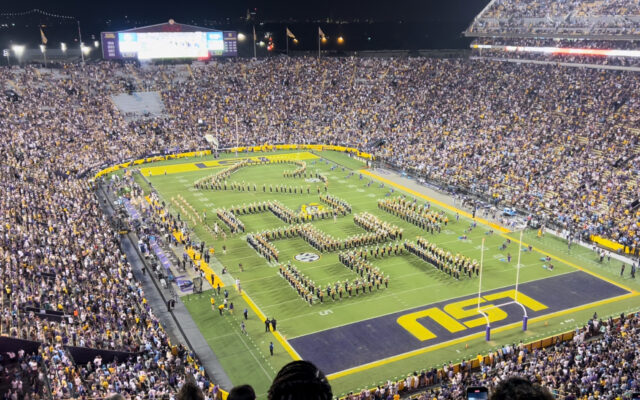 The LSU and Southern football teams play against each other for the first time Saturday night, but most fans likely left the stadium talking more about the bands than the game.

Southern’s band took the field first at halftime, and then the LSU band and its turn. What followed is a moment that few will forget among alumni from both schools.

LSU’s Golden Band from Tigerland and Southern’s Human Jukebox performed together in front of a packed house, joining in a formation that included a heart and Baton Rouge’s area code of 225. The bands performed the “Cupid Shuffle” and danced together on the field.

LSU led the game 65-17. On a historic night, the bands provided plenty of entertainment for the faithful of both schools.