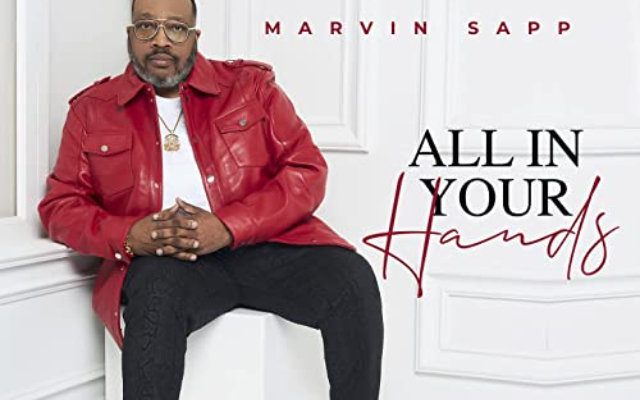 Marvin Sapp has another #1 song under his belt, as “All In Your Hands,” the debut single off of Substance – his 15th album – reaches #1 on the Billboard Gospel Airplay Chart.

Sapp hits the peak position just weeks after a hugely successful premiere of the biopic Never Would Have Made It: The Marvin Sapp Story on TVONE, and also being officially crowned a “Billion Spinner” on Pandora; he has amassed over 1 billion streams on the platform.

“All In Your Hands” continues to deliver on Sapp’s musical signature: potent, biblically relevant, sonically pristine songs that reach straight to the hearts of listeners with a melodic reminder that God is sovereign.

“I’m really excited about this milestone because this was the first project that I recorded on my own label. I’m grateful to Stan Jones who wrote the song, and Aaron Lindsey who produced it. I’m also grateful to every programmer playing ‘All In Your Hands’ and everyone who continues to listen to, request and enjoy my music,” says Sapp.

“All In Your Hands” is one of 11 refreshing tracks on Substance. The album debuted #1 when it was released, making it the seventh consecutive number one Gospel album debut for Marvin Sapp. It also debuted #3 on the Top Christian/Gospel Albums sales chart.