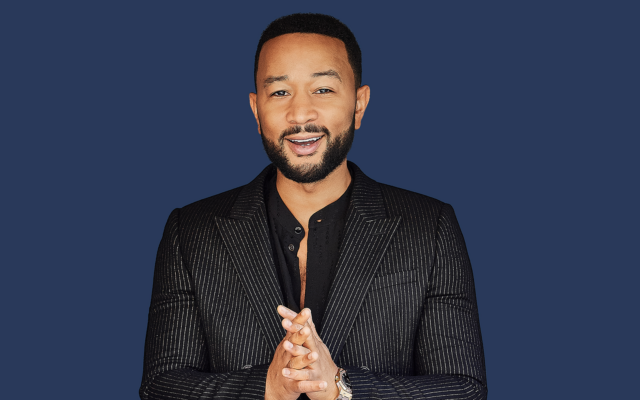 MasterClass the streaming platform where anyone can learn from the world’s best across a wide range of subjects, today announced that John Legend will teach a class on songwriting. In his class, Legend will break down his songwriting process from start to finish, giving members a framework for finding their voice and writing with purpose. Legend will also give members a firsthand look into the creation of his song “Free,” which he first performed at the 64th Annual Grammy Awards in April. The class is available now exclusively on MasterClass, where subscribers get unlimited access to all 150+ instructors with an annual membership.

“John’s ability to craft songs that resonate in both intimate moments and timely movements makes him one of the most accomplished songwriters of the time,” said David Rogier, founder and CEO of MasterClass. “In his class, he brings members into his songwriting process, teaching them how to use their own experiences to write songs that have the ability to change the world.”

In his class, Legend teaches members how to capture experiences, convey feelings and inspire a movement through music. Using his hit songs “All of Me,” “Again” and “Dope” as case studies, he shares how he uses mumble tracks to write melodies and how he structures songs to tell a story. Whether members want to write about intimate moments or start a movement, Legend will help them find inspiration in the world around them and turn their personal experiences into unique songs. To demonstrate how to use music to spark movement, Legend provides a behind-the-scenes look into his writing process for the Oscar-winning song “Glory” for the film Selma. He will also walk members through the importance of being a strong collaborator, as well as how to blend musical genres and record background vocals. He’ll also provide tips for performing live. After taking members through the creation of “Free,” Legend ends the class with a powerful performance of the song with a gospel choir. Members will come away with a framework for creating songs that capture personal moments and speak to timely events to inspire action.

“Songs are core to who we are and are such an important part of humanity,” Legend said. “My class will give you the tools to find your voice, figure out who you are and establish yourself with longevity so you can make a real impact through music.”

Multi-platinum artist John Legend has garnered 12 Grammy Awards, an Academy Award, a Golden Globe Award, a Tony Award and an Emmy Award, making him the first Black man to earn an EGOT. During the course of his career, Legend has released seven celebrated albums; his eighth studio album, Legend, will be released Sept. 9. Last weekend, Legend began the second leg of his critically acclaimed Las Vegas residency, entitled “Love in Las Vegas,” which runs through October at Zappos Theater at Planet Hollywood Resort & Casino. This fall, Legend will also return to NBC’s popular singing competition The Voice, where he has served as a coach since 2019.