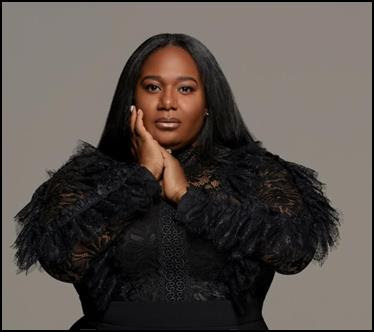 Naomi Raine is best known as one of the breakout stars from GRAMMY® Award-Winning supergroup, Maverick City Music. Whether songwriting, singing or playing the guitar, she has always found it easiest to communicate to people through lyrics and melodies. Raine’s signature vocals have been heard on the Maverick City Music #1 singles, “Jireh,” and “Promises,” plus the holiday classic, “Revelation 19:1.”

Available today, Raine’s debut TRIBL Records solo single, “Not Ready,” showcases the Urban Inspirational sound of Naomi Raine over transparent and vulnerable lyrics – Raine sings of a yearning for the love of God and touches on her silent battle with mental health and struggle in longing for personal change. Raine’s, “Not Ready” is a nod to 90’s feel-good music and will quickly become a fan favorite. “Npt Ready” is available for streaming and purchase on all major outlets.

Currently, Naomi Raine is gearing up for the KINGDOM tour with Maverick City Music and Kirk Franklin. Set to kick off on June 1 in Miami, the extensive, 37-date trek hits arenas across the nation through the end of July, and fans can purchase tickets to the nearly sold-out tour HERE. The new collaborative single between Maverick City Music and Kirk Franklin, “Kingdom,” is available now. This year is poised to be the biggest yet for the young pioneers of Maverick City Music. The group just won a GRAMMY for Best Contemporary Christian Music Album and completed a historic televised performance on the show.