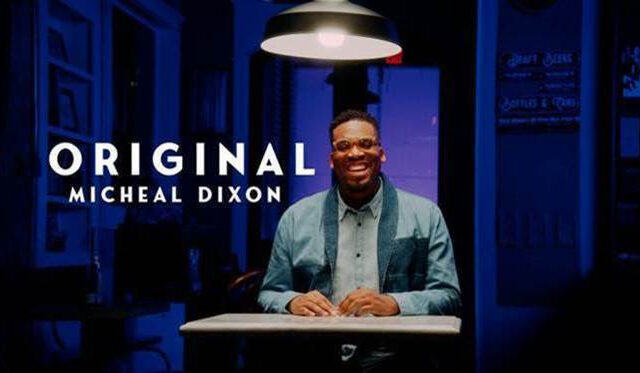 VGNBae Music Group gospel recording artist Michael Dixon released the concept music video for his single “Original” this past Friday, June 24, 2022. Directed by Vincent Powell and produced by Ebony Powell for 7972 Films, the music video can be viewed on the MNRK Music Group YouTube channel.

“The Original” is lifted from the Grammy-nominated songwriter’s three-track EP, ORIGINAL, which was released on July 23, 2021. The upbeat, vibrant track that mixes musical imagination with a potent lyrical presentation is available now for digital download and streaming on all music retail outlets. The song is also the lead single from his forthcoming new album release.

An overcomer who’s experienced losing his hearing in both ears due to an ear infection in 2012, which left him deaf for two years – Michael is grateful. As seen on Jamie Fox’s hosted Beat Shazam, Michael Dixon got his start in the music industry professionally by doing studio background vocals, which developed into live background singing, working with an array of artists spanning genres including Yolanda Adams, Chris Tomlin, Lady Gaga, Reba McIntyre and Lyle Lovett to name a few and has written for Grammy-nominated artist Gene Moore. He also serves as one of the Worship Leaders at The Luke Church in Humble, TX.