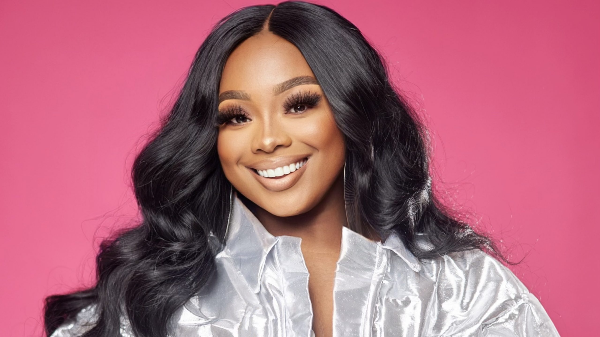 Jekalyn Carr believes in well-rounded self-care, which includes caring for and enhancing our God-given beauty. With that belief in mind, the inspirational powerhouse will release JEKALYN BEAUTY SKINCARE this Friday, February 18, followed by the release of JEKALYN BEAUTY HAIRCARE by the end of the month. Products can be purchased at www.JEKALYNBEAUTY.com

Featuring natural ingredients that Carr uses herself, JEKALYN BEAUTY’s haircare and skincare lines are for women who want a streamlined system of effective products to meet their beauty needs.

“JEKALYN BEAUTY is a lifelong dream of mine,” says Carr. “We started out with fragrances, and are now releasing haircare and skincare products that complement each other and make it simple to take care of our God-given features.”

Taking deeper care of her own hair and skin was Carr’s personal “pandemic project.” She used the time away from constant travel to work on her own natural beauty – something that she was influenced to do since she was a little girl. “I grew up watching my mother and grandmother fixing themselves up before they left the house, and I became that same kind of woman. I always want to present my best self to the world when I walk out the door. Beauty begins with healthy skin and hair. During the pandemic, I discovered some products and rituals that helped me achieve glowing skin and healthier natural hair. Those recipes and discoveries are the foundation for the JEKALYN BEAUTY Hair and Skincare lines.”

JEKALYN BEAUTY HAIRCARE features four complementary products focused on moisture and conditioning to stimulate healthy growth. In addition to shampoo and conditioner, the line includes a growth serum as well as an edge control that keeps styles in place throughout the day.  “I sweat a lot when I am on stage. I need a product that can withstand heat and moisture,” says Carr. “This edge control is for people like me who are active, may sweat a lot, and need their edges to stay put! I really love this product. It is effective while being gentle and healthy on the hair.” The growth serum features eucalyptus, grape seed oil, and other ingredients that Carr uses to help her natural hair achieve healthy length and thickness.

JEKALYN BEAUTY SKINCARE features five products that have an emphasis on clearing and brightening the skin. Key ingredients include turmeric, chamomile, and Vitamin C – all of which fight the effects of aging, clear the skin of acne and dark spots, and help the skin maintain a healthy glow.  After researching the best natural ingredients for skincare, and experimenting on her own before developing, Carr used these products for four months before approving them for the market. “I would never sell anything that I wouldn’t use myself,” she says.

Independently marketed and distributed, JEKALYN BEAUTY was developed with chemists who Carr worked with to perfect the formulas that she had found were effective.

About JEKALYN BEAUTY: JEKALYN BEAUTY is a lifestyle and beauty brand created by inspirational artist and entrepreneur Jekalyn Carr. Established in 2021, its first two products were his and her fragrances that sold out within 24 hours.

About Jekalyn Carr: Jekalyn Carr began singing and ministering professionally when she was only 15 years old. Less than a decade later, she is one of the top-selling independent recording artists in Gospel music, with nine Billboard No.1’s – including five No.1 radio singles, two No.1 albums, and two No.1 digital singles. In her career, she has had seven Top-10 songs, four GRAMMY® Award nominations, two Billboard Music Award nominations, over 75 million lifetime global streams, and on YouTube, she has surpassed a total of 95 million views. Carr is the recipient of five Stellar Gospel Music Awards and two Dove Awards. In 2021 she has inducted into the Women’s Songwriters Hall of Fame. She was named one of EBONY Magazine’s ‘Power 100’ as one of the Most Influential People in the World and ranked No. 23 on Billboard’s Top Gospel Artist of the 2010s according to the All Decade-end Charts. Carr is also a speaker, author, entrepreneur, and radio show host.