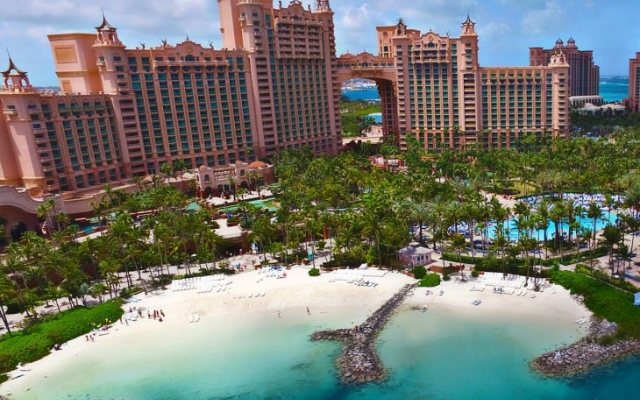 The beautiful island of Nassau, Bahamas and its surrounding islands have once again opened its doors to film producers who have had a desire to shoot on the sandy location. As a result of the recent influx of visiting producers, the island also opened additional hotels and restaurants to accommodate their many guests.

Assisting with this process was Apostle Dr. Veryl Howard who met with Senator Hon. Randy E. Rolle from the Office of the Deputy Prime Minister, the Film Commissioner Clearance Rolle who acted in “To Kill a Mockingbird” and documentary producer Gandji Pinder, in an effort to established partnerships with American film directors. Apostle Dr. Howard lobbied years ago with Lewis Gibbs on behalf of the Word Network to air Christian content in Bermuda and Bahamas. Little did she know this would lead to establishing partnerships futuristically for major film companies from the USA.

It has been well established and understood that film companies prefer to shoot in places that offer great tax incentives, and while the Bahamas actually falls just short in that area, where they make up the difference in incentives, contributes greatly to their increasing tourism.

Dr. Howard has worked with several film producers including, “Dem Gibson’s Films” Howard and Christel Gibson, Joshua Coates 2020 Visions Ent. Group, Octet Productions Chuck and Bree West, Pastor Deitrick Haddon of DH Visions Ent., Michael Kleos Chin of Flameous Ent and others as well as Pastor Bryant Scott of Tyscot Records, Music and Films. Tyscot Records along with Sony Records gave Dr. Howard her first chance in the music industry. “I have earned over the years and through experience that film companies look for diversified scenery, which results in a plethora of genres of films,” says Apostle Dr. Howard.

As a result, Dr. Howard was inspired to establish synchrony between the film companies and the Bahamian government. The idea sparked while preparing for Sherwin Gardner’s CD release. “This could open up many doors for artist aspiring to also act from the Bahamas”.

With receptive arms, the Bahamian government is now working with Dr. Howard to develop incentive programs to present to these established film makers. So, stay tuned for up and coming shows from the USA, shooting in the beautiful island of Nassau, Bahamas and its surrounding islands totaling seven hundred in the keys.