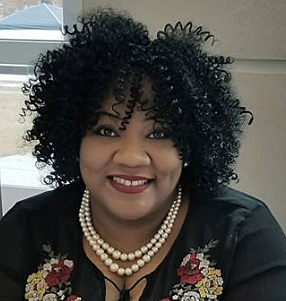 Petrina has been a Domestic Violence Advocate in the Caddo/Bossier and surrounding communities for 20 + years. She has provided and facilitated domestic violence workshops and training for Law Enforcement, Schools, various Professionals, Civil and Social groups on the Dynamics of Domestic, Intimate Partner Violence and is a Specialist in Trauma-Informed Care and Child Victimization.

Petrina currently serves as on the Louisiana State Coalition Board of Directors for the State of Louisiana Coalition against Domestic Violence, LCADV Women of Color Task Force, and the Local Domestic Violence Task Force. She is currently the Community Outreach and Education Manager for Project Celebration Inc. Domestic Violence and Sexual Assault Program. She is an avid believer that leaving an abusive relationship is not an event, but rather a Process. A process to which the community must be willing to reform systems that will promote victim safety and ensure offender accountability by increasing collaborative community efforts.

She’s very passionate about the work that she does.  She discovered her true passion for helping others while attending Grambling State University as a Student Advocate in the office of Judiciary Affairs under the supervision of her mentor, Judge Shonda Stone.   Following her graduation from Grambling State University, she became a Court Advocate for the YWCA.  While at the YWCA, she realized the lack of education regarding Domestic Violence in the Shreveport-Bossier Community.   She became instrumental in sparking conversations regarding Domestic Violence through many messages throughout the city and local parishes.

She is a profound speaker on Domestic Violence as she has spoken to many diverse audiences.  She has addressed many audiences; the religious community, schools, college students, parent groups, and individuals of all ages, including senior citizens victimized.   She is now employed with Project Celebration Inc., where she has continued to work diligently to bring awareness as she and her staff continue to reach out to victims who are seeking various services, including shelter.   Petrina has worked diligently with all components of law enforcement to ensure protection for victims of domestic violence.