OPINION: Black Men Must Cast Their Votes, The Stakes Are Just Too High 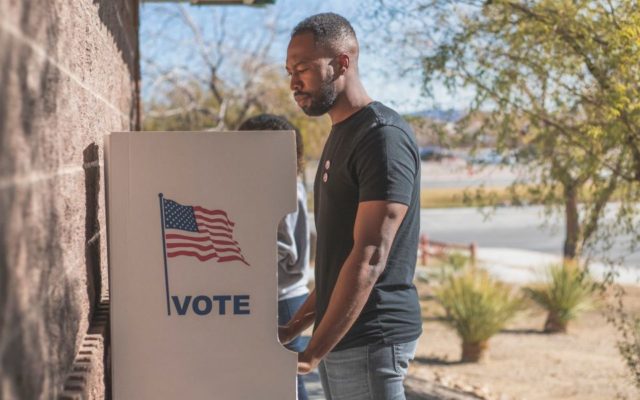 Let’s start with a simple fact. Roughly 13% of the Black men who showed up in 2016 cast their ballots for Donald Trump, according to CNN exit polls. For whatever reason, it happened. It can’t happen again.

The stakes are too high.

One out of every three Black men can expect to spend at least part of their lives in prison. A Black man is twice as likely to be unemployed than white. Black men are significantly more likely to live in poverty, experience brutality and die violently than white men.

Right now 31% of Black men in Florida can’t vote. Is that America?

Maybe not. But that’s the reality in America and, unless we vote, it’s not going to change.

But it’s not enough just to talk about change. You have to take action and that’s exactly what you see from former Vice President Joe Biden.

From hiring a diverse campaign staff to picking a historic running mate in Sen. Kamala Harris, Biden as a candidate and we as a party are walking the walk instead of just talking the talk.

And it isn’t just the novelty of seeing a Black face in the number two spot. It isn’t just imagining Senator Harris as our mothers, our sisters, our wives and daughters. It isn’t just a symbol. It’s a real impact as a woman who knows the challenges we face every single day will bring that perspective to the White House.

What’s more, it gives us a chance to prove wrong those who try to excuse their own bigotry by arguing that a particularly malignant strain of sexism resides in the hearts of Black men. This is our chance to prove them wrong when they say we don’t care.

Yes, it’s going to be hard.

If the Biden/Harris ticket and Democrats in general want those Black men who voted for Donald Trump in 2016 to join a movement that turns the White House and the U.S. Senate blue, they have to work for it. They have to take a new vision with new real action to the church picnics and the barbershops, the urban black centers and the poor rural South. I’m not talking about simple glad handing. I’m talking about hardcore mobilization and that takes hard work.

But the work is worth it because, after we work…we win.

And we have to win because, as hip hop icons De La Soul taught us, “Stakes Is High.”

Let’s be honest, when Donald Trump suggests Kamala Harris isn’t American, it’s because he believes you aren’t. When he says she’s a “nasty woman,” he’s saying the same about your mother, your grandmother, your wife, your aunt and your daughter.

Joe Biden and Kamala Harris are on the ballot, but so are we.

It’s our lives they’re playing with and the only way we have our say is to vote.

Antjuan Seawright is a Democratic political strategist, founder and CEO of Blueprint Strategy LLC, and a CBS News political contributor. Follow him on Twitter @antjuansea.