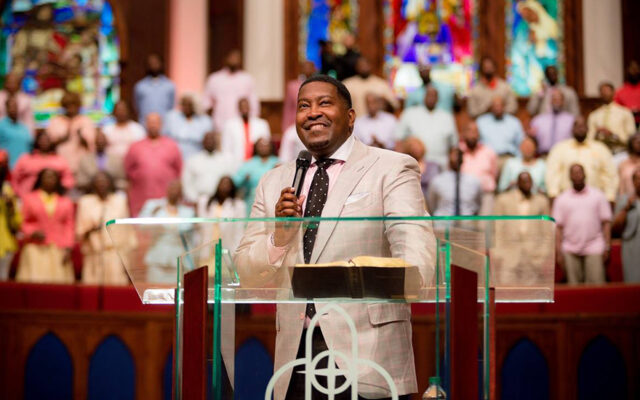 The Greater Travelers Rest Baptist Church, Inc., publicly known as The House of Hope Atlanta, has filed a civil complaint for injunctive relief and damages against a combination of 18 individuals and businesses.

These entities and individuals are accused of engaging in a national predatory lending conspiracy to defraud churches. Most notable among the defendants are American Investors Group, Inc. (Minnesota) and its former President Philip J. Myers, Apostle Holdings Corporation, The Herring National Bank, and its former Vice President Catana Gray.

In 2009, lawsuit defendants Michael Messier, Philip J. Myers, Catana Gray, and others fraudulently conspired against Greater Travelers Rest Baptist Church while purchasing its current headquarters campus. These individuals told the church it could only acquire the property if it assumed full financial responsibility for the debt incurred by the previous owner Harvest Church. The Church also had to accept responsibility for the purportedly issued Series 2004 bonds.

Greater Travelers Rest Baptist Church acquired a church campus believed to be worth $31 million to accommodate its growing congregation. In addition, since closing on the property, the Church has paid $15 million toward the fraudulent bond loan. However, the lawsuit defendants are stating it still owes $16 million.

The 20 charges in the civil complaint include constructive and actual fraud, negligence per se – theft by deception, violation of the Georgia Racketeer Influenced and Corrupt Organizations Act, breach of fiduciary duty, conspiracy, and fraudulent concealment.

Earlier this month, Pastor Smith told his congregation that Gray had conspired with American Investors Group’s former president and owner Philip Myers to defraud numerous churches, including The House of Hope Atlanta. He stated, “the bonds used to fund the church projects were never sold, registered, or authenticated. Churches have been paying for bonds that do not exist.

Pastor Smith closed his congregational announcement with the soothing words, “Rest assured. We are preparing to reap joy. Not just us but other churches across the nation where congregations have been taken advantage of by these malicious and evil schemes. I am grateful to God that He is a God of justice and God of increase. Those who have sown in tears are preparing to reap in joy.”