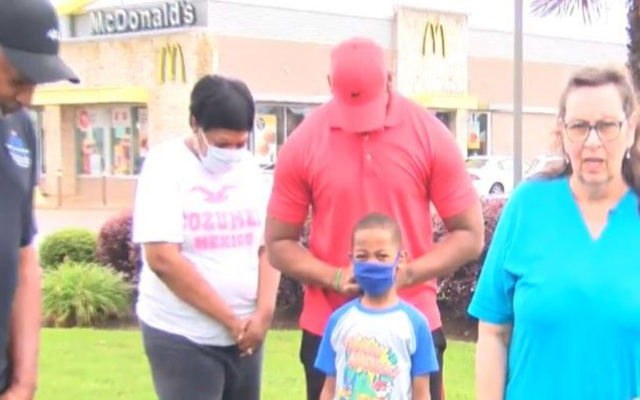 SHREVEPORT, La.– Saturday afternoon community members joined Shreveport Mayor Adrian Perkins along with council members and pastors at the intersection of Mansfield Road and West 70th street calling for an end to the violence that has been taking place in Shreveport.

Perkins ended the prayer session asking God to “touch those that are committing these crimes in our city, to be able to get into their hearts and their mind so that the city of Shreveport can be a safer city.”

Charles Johnson, pastor at CJ Missionaries said he is aware that people want to see action, “but before there’s action people have to be able to come together in prayer.”

However, Perkins said in addition to prayer, he and his staff are working around the clock to slow down and stop the violence in Shreveport, which as of May 31st, had clocked 40 homicides, according to the Caddo Parish Coroner’s Office.

That’s why Melvin Porter, senior pastor at the Union Mission Baptist Church No. 2, said the purpose of Saturday’s prayer, was to bring everyone “Out of the four sacred walls of the church and out here on the street corners where the crimes are being done and praying and pleading by the blood of Jesus over the city within our community.”

Friday afternoon, Shreveport police found a 28-year-old woman shot to death at the South Port Apartments on Mansfield Road, not too far away from where Saturday’s prayer service was held.

“We want to go to these areas where we see unfortunate incidents like that, and we got to put something positive there. We can’t just say ‘Oh you know a shooting happened here, a shooting happened there.’ I want somebody to drive by and say, ‘Hey we prayed on that spot for our city.” Perkins said.