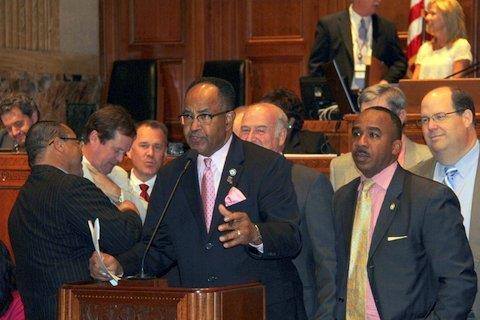 As a longtime public official and now senior Commissioner, I congratulate my fellow Commissioner Steven Jackson for identifying and proposing some partial operational funding to assist LSUHSC for faster COVID testing in the minority and rural communities. Also, I congratulate my other colleagues, black and white, who saw fit in the end, to finally support the legislation for $175k instead of the $350k initially requested. I even appreciate the two “NO Votes” by the Black Commissioners based on procedures and amount of funding, more so than the need for the project, who proposed $75k instead of the $175k (which Comm. Cawthorne and I both supported and kept it from going down in defeat), and that finally passed.

As a political strategy, you sometimes must play “Good Cop-Bad Cop” when dealing with race and partisan politics, to push legislation forward to a desired end, because nothing matters unless you get a majority vote. It should not be an indictment of those who may vote against your legislation because you may need those same colleagues to support more important legislation the next time. But due to shortsighted ambitions, you may create an enemy, sometimes “permanently”. That is called political naivety! You learn with time, you never burn the bridges you may need to cross back over. That is a smart politician!

I learned that from lesson from Senator Greg Tarver and the late Rep Alphonse Jackson. If we had not all played a part in passing this important measure, it could have easily been defeated or postponed. This explanation does not in anyway diminishes Commissioner Jackson’s leadership and vision to usher his proposed legislation through the political process but I feel an obligation as a senior member to the public how politics most time is a team sport.