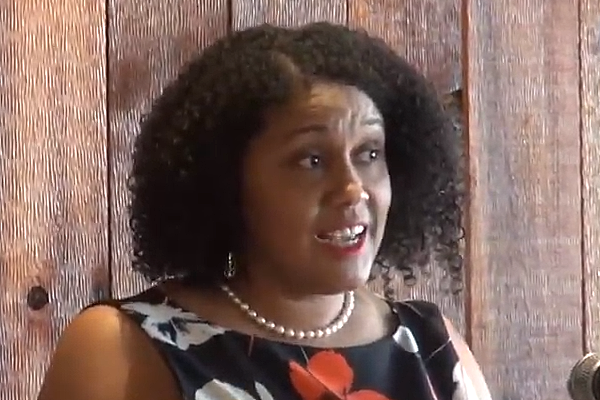 Fuller, a Democrat, represents District B, strongly shared her desire for the council and city to continue onward and united regardless of party lines. “We are better than what we witnessed last Tuesday,” Fuller said.

Speaking in front of supporters, some with signs, she thanked them, then reminded them why they elected her to serve their district, “I stand by my voting record and I stand with my entire district.”

The councilwoman is facing a recall for her seat led by Pastor Linus Mayes. Mayes and other constituents are upset with Fuller for what they call voting against party lines, thus voting in opposition of fellow Democratic council members.