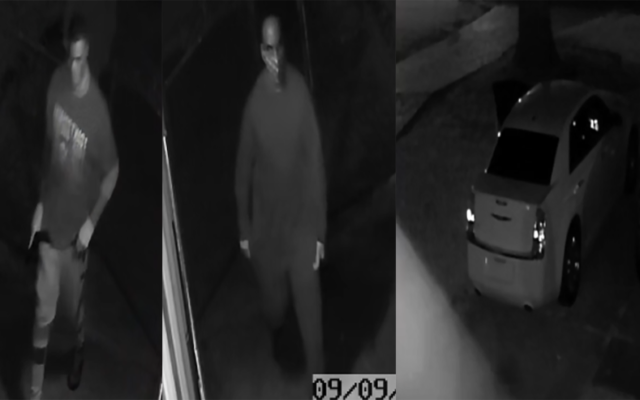 SHREVEPORT, La.– Shreveport police are looking for two men who broke into a Southern Hills home last week and tied the family members up while they stole items from their home.

Police say it happened on September 9 at a home in the 9300 block of Blom Boulevard and that the men were armed and used zip ties to restrain the family who lives there while they robbed them.

Police did not say what was taken from the home.

Both men and the white Chrysler 300 sedan they used were caught on a surveillance camera.