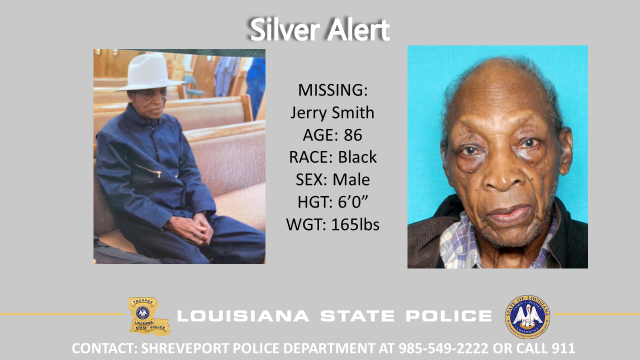 SHREVEPORT, La. — An 86-year-old man who went missing from his home in Shreveport’s Country Club neighborhood Thursday afternoon has been found safe.

According to LSP, they issued a Silver Alert on behalf of the Shreveport Police Department for Jerry Smith, who was last seen around 1:00 p.m. at his home in the 4400 block Lakeshore Drive. Smith left the home on foot, and officers were not sure where he went.

Smith is described by state troopers as 6’0 and has gray hair. He was last seen wearing a red, white, and blue plaid shirt. He was also wearing blue jean pants, brown boots, and a white fedora-style hat. LSP says Smith suffers from a medical condition that may impair his judgment.