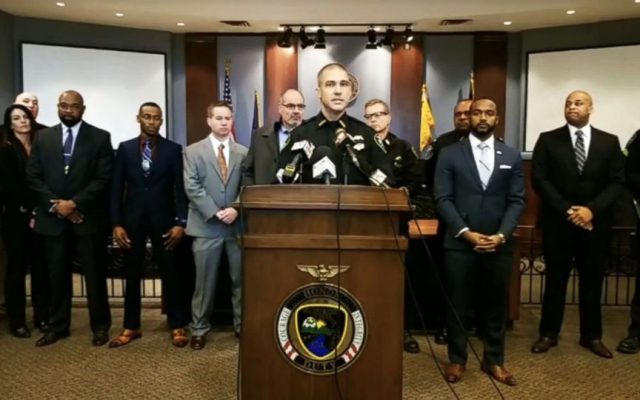 The Shreveport Police Department demonstrated their new body camera technology Thursday morning that will be mandatory for officers to wear starting the Summer of 2021.

“The public can expect for the use of body cameras to provide more clarity when investigating and resolving allegations of misconduct. Trust and respect are rooted in transparency and accountability, body cameras will provide our citizens with both”, Shreveport Mayor Adrian Perkins said.

During the press conference CEO of Griggs Enterprise, Roy Griggs spoke on behalf of Shreveport’s concerned business people and said that they were able to secure $200,000 to provide body cameras for the police department.

“With the addition of these body cameras we should be able to maximize the efforts of bridging the gap in just make a positive impact within the city of Shreveport,” Griggs said.

Shreveport Police Chief Ben Raymond noted during the briefing that he can’t guarantee that all officers will have a body camera by the end of the summer but they ordered 400 body cameras which are enough for every patrol officers that will Interact with citizens.

“This will also serve as an integral tool to provide transparency and resolve allegations of misconduct.”

“Our officers perform a very difficult job and this provides a line of protection for the officers and the citizens they serve.”

The City of Shreveport says it is anticipated that a full rollout of the body cameras will take place at the end of July, once key components of the system are delivered and installed.