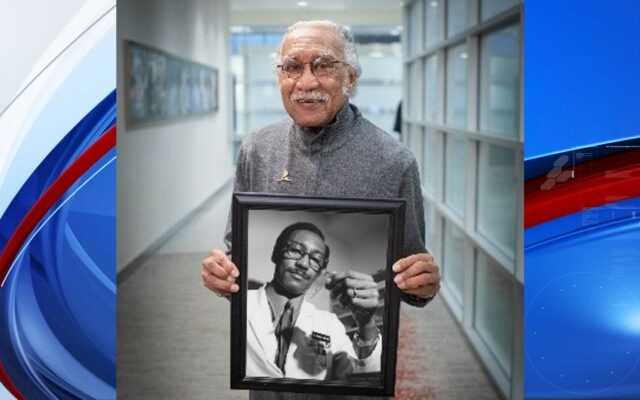 Black history has been key to the story of St. Jude Children’s Research Hospital and ALSAC, the fundraising and awareness organization for St. Jude, from the founding of St. Jude in 1962 as the first fully integrated children’s hospital in the South to its elimination of the survival gap for young African American cancer patients. This Black History Month, an exhibit at the National Civil Rights Museum reflects on this 60-year legacy of defying racial inequities within healthcare and spotlights Black leaders, staff, and patients whose lives were shaped and were shaped by St. Jude.

“This new exhibit contributes to the broader tale of the civil rights movement in Memphis,” said Dr. Russell Wigginton, President of the National Civil Rights Museum at the Lorraine Motel. “Just as the Lorraine was one of the few places in the 1960s where African Americans were welcomed, St. Jude Children’s Research Hospital opened its doors to all at the height of formal segregation. We look forward to the greater understanding this exhibit will create about the intertwined histories of Memphis and St. Jude.”

The exhibit is an interactive poster installation tracing the history of St. Jude and ALSAC from 1962 to 2022 via the stories of three people representing the institutions’ founding principles and lifesaving work. For example, The Visionary tells of the famed African American architect Paul Williams, who designed the original star-shaped hospital building whose structure embodied the St. Jude commitment to being a place where patients and physicians of all races worked and ate together. The Future shares the story of St. Jude patient Courtney whose life was saved by cutting-edge care at St. Jude. Joining their stories is that of a doctor, in this case, The Pioneer: Dr. Rudolph Jackson, one of the first Black doctors at St. Jude.

“We are deeply honored to have the civil rights story of St. Jude and ALSAC included within the halls of the National Civil Rights Museum this Black History Month,” said Richard C. Shadyac Jr., President, and CEO of ALSAC, the fundraising and awareness organization for St. Jude Children’s Research Hospital. “I have witnessed the great work of the museum in educating visitors about the history of efforts toward an equitable society. We are grateful for the chance to partner with this esteemed institution in our home city of Memphis to spotlight the roles St. Jude and ALSAC have played in equalizing access to healthcare regardless of race, creed, or ability to pay.”

The exhibit’s tribute to Dr. Jackson is especially poignant because he passed away in 2021 and St. Jude is recognizing his trailblazing contributions in several ways this year, including by naming a space on campus after him. Supporters wishing to contribute to the campaign to create a lasting physical memorial to Dr. Jackson may make a gift here.

The poster features QR codes directing viewers to special pages on the St. Jude website and video footage and more information on the civil rights history of St. Jude and the poster’s featured individuals. The exhibit is on display from February 2 to March 8 in the Guest Lounge on the second floor of the museum.