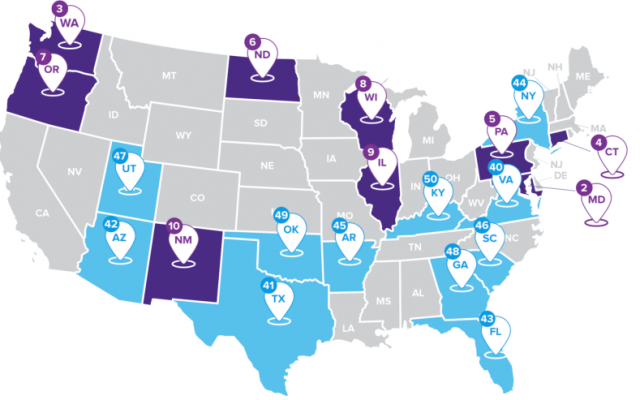 A new study ranked Louisiana, Arkansas, Texas, and Oklahoma in the Top 25 worst states at handling the COVID-19 pandemic based on how effective each state’s response was.

Despite having the second least effective response to COVID-19, Oklahoma ranked eighth in the highest weekly growth of vaccine doses distributed in 2021, according to the data.

New Jersey, Maryland, Rhode Island, Pennsylvania, Connecticut, and Hawaii were the first states to issue mask mandates, according to the study. All but two of those states — Rhode Island and New Jersey — ranked in the top 10 for states with the most effective responses.

The study found that 42 of 50 states issued stay-at-home or safer-at-home orders. Arkansas and Oklahoma did not issue them and all placed in the bottom 10. North Dakota also didn’t issue a stay-at-home order and placed it in the top 10.

Florida placed in the bottom 10 for overall response, but did better addressing hospital supply shortages, according to the study.