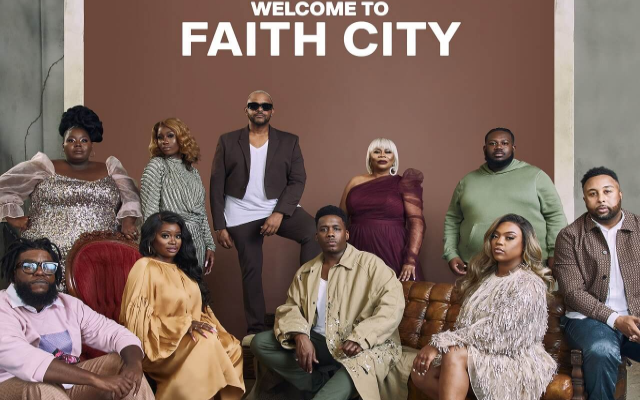 “Jesus,” the new instant grat track, features Le’Andria Johnson and unlocks with each pre-sale order of WELCOME TO FAITH CITY. This upbeat, high-energy song starts by asking, “Is there anybody here that loves Jesus?” These lyrics initiate a call to action. The empowering vocals and strong instrumentals merge effortlessly to ensure the message is clear. The praise party calls for “every woman and every man to come together and take a stand.” Le’Andria’s powerful voice and ad-libs drive the celebration.

Bowman & Faith City Music have made sure that his album exceeds every expectation.  From dynamic co-writers to anointed guest psalmists, WELCOME TO FAITH CITY is a phenomenal project.

Timothy Bowman Jr. is an American Grammy, Dove, and Stellar Award nominated gospel artist. Bowman, born in Detroit, is the son of the famous jazz guitarist Tim Bowman and the nephew of gospel recording artist Vickie Winans. Bowman started his music career in 2012 with the release of Beautiful by Trippin’ N’ Rhythm Records. This album was his premier release on the Billboard magazine Gospel Albums and Independent Albums charts. The song “He Will,” featuring Vickie Winans, charted on the Billboard magazine Hot Gospel Songs chart. His critically acclaimed album Listen debuted at No. 1 on Billboard Gospel Albums, and garnered 2 No. 1 singles “I’m Good” and “Fix Me.” Follow Tim Bowman Jr. on social media @timbowmanjr .